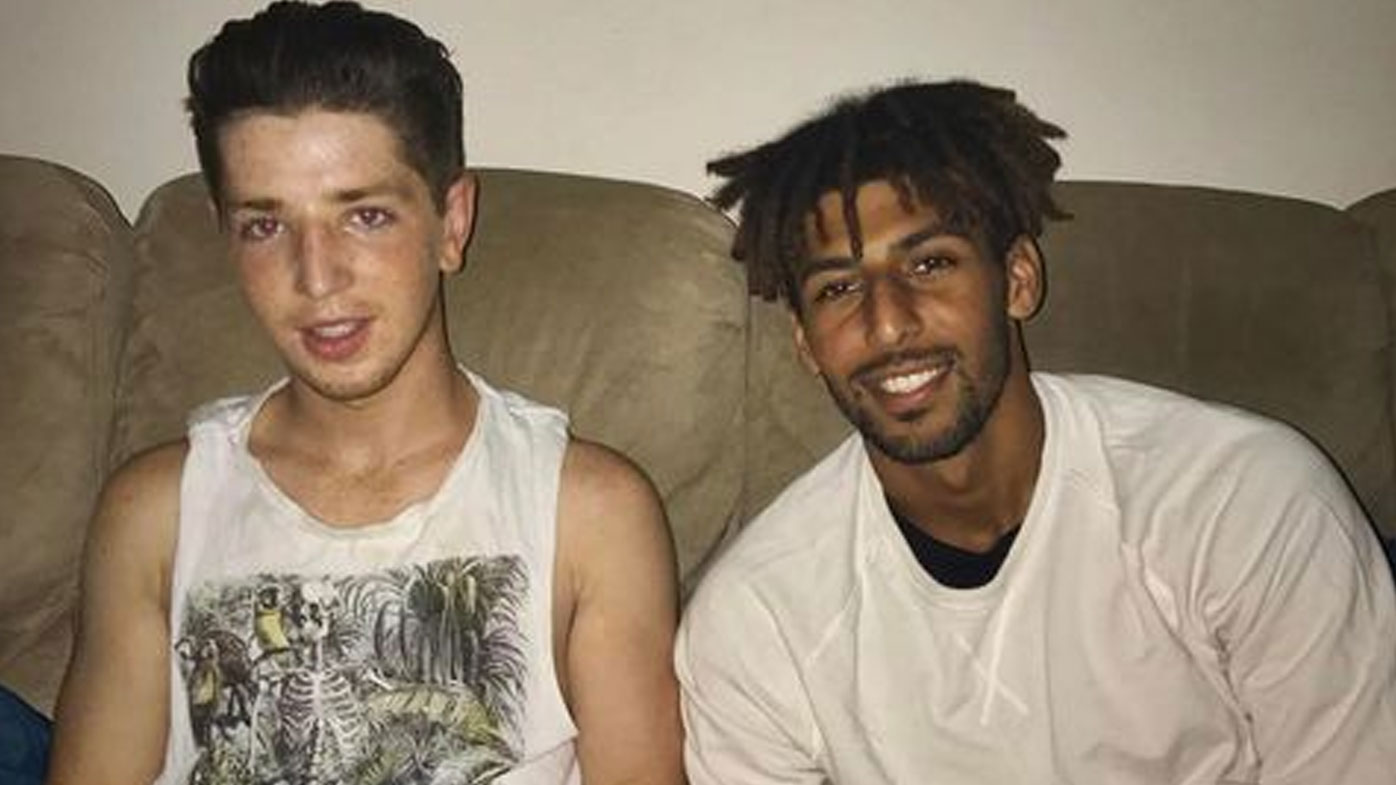 On the pitch, Archie Smith plays with aggression. It’s something he’s proud of and at two meters tall, the Brisbane Lions ruckman makes an imposing presence.

But off the pitch, he struggled as mental illness and family tragedy weighed on him. He speaks for the first time of his journey to help others.

“My main message is hope.” He said.

“There is evidence that you can step out of what you are feeling and lead a happy, full life.”

Sitting in the stands of the Gabba, an emotional Smith talks about when his life changed forever.

It happened last year on a night he should remember as a highlight – announcing his engagement to longtime partner Sophie. Instead, it will always be the last time he saw his younger brother Sebastian.

“You know the last words I said to him was that I loved him and I got to give him a hug and tell him that I was really proud of him,” Smith recalls.

Smith is one of six children – his older sister Gemma, younger brothers Isaac and Abib, and younger sister Violet – but he and Sebastian were inseparable.

The 20-year-old had suffered from depression for some time – struggling with the transition to adulthood.

“My little brother’s biggest problem was that he felt like he was a responsibility or a burden on the rest of us when we didn’t see him that way,” Smith said.

“He had convinced himself that because he was struggling so much that he was everyone’s problem.”

In retrospect, Smith admits he resumed training too soon after his brother’s funeral. Even the good times were getting painful.

“It’s pretty easy to feel guilty about having fun sometimes,” he said. “I would run with the boys laughing and cheering and having fun and then I would say ‘wait a minute, I just lost my brother’.”

Caught up in the macho culture of professional sports, Smith believed he could conquer grief with the force of his will, but his own sanity took a hit.

“What I was doing was bottling it,” he said.

“I wasn’t really performing at the level I expected from myself or the club because I wasn’t sleeping, I was recovering poorly, I barely ate and eventually I crashed.”

A convert to basketball, Smith’s AFL career was cut short – having only managed 15 games since his debut in 2016. Injured, he was also stuck behind Stefan Martin and now Oscar McInerney in the pecking order. Lions.

When he physically collapsed again during the preseason, it was clear something had to be done. The Lions gave Smith time off so he could rest and recover from Achilles and shoulder injuries at the beach.

“In the pre-season, it’s super competitive and I try to do my best and train the best I can and put my name forward like everyone else,” he said.

“It’s such a heated environment and if your mind isn’t in it you can fall really fast, so this trip to the coast really gives me a reset.”

Two weeks on the Gold Coast gave her a rare chance to sit down and remember her brother. He turned his own grief into words.

With Headspace’s help, those words have now been turned into a video posted on the Lions website. It was a moving and cathartic experience for Smith.

“It took a few takes, I’ll say that,” Smith said. “It’s very different from writing something to say it out loud.”

Archie is now back with the Lions and is back to train and play in the VFL and last month he took part in the pushup challenge to raise awareness for mental health.

It involved 3,318 pushups in 25 days. The amount each day related to statistics on mental health and suicide.

“Every rep that I thought of him, I really did and it made things a lot easier,” he said.

“Trying to play soccer games and train in between doing a thousand a week was pretty tough though.”

Others joined us, including Lions teammates as well as students from St Laurence’s College Brisbane, where Archie and Sebastian attended school. Hundreds of children showed up on the first day of the challenge.

“I was watching the little kids and just saw him (Sebastian) and it was so special,” he said. “I was crying tears of joy for the first time in months.”

Archie admits there were times when he wondered if he wanted to keep playing football, but his brother’s memory kept him going.

“Because I know what he would be thinking up there and he would be incredibly disappointed if I gave it all up,” he said.

Smith now writes Sebastian‘s name on his wrist before every game.

If you or someone you know needs immediate assistance, contact Lifeline on 13 11 14 or via lifeline.org.au. In case of emergency, call 000.

For a daily dose of the best of the latest news and exclusive content from the Wide World of Sports, subscribe to our newsletter by clicking here!