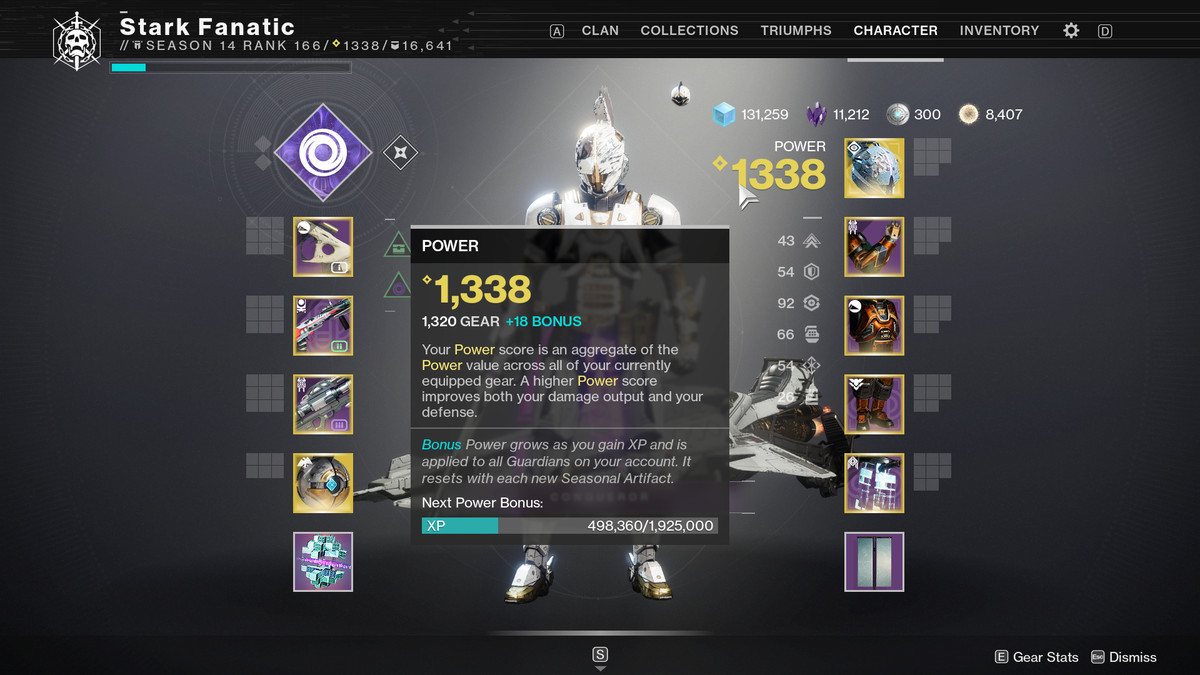 I am unconditional Destiny 2 player. I run Raid Races on day one with my Fireteam and we regularly spend over 16 hours working towards this completion. I’ve spent thousands of hours in the game. But the artificial grind for more power in the game keeps me from doing some of the more difficult content in the game.

destiny 2 veterans know what I mean. Instead of working to improve my ability to destiny 2, giving me an edge over some of the best content in the game, I spend my time completing boring bounties to increase my artifact power.

For Destiny players looking to participate in Grandmaster Nightfalls and the new Master version of the Vault of Glass raid, we have hours and weeks of homework to do every three months. And as the seasons go by, my desire not to deplete my power level gets closer to my desire to play with friends.

In Destiny 2the 2019 extension, Shadow guard, Bungie added the Artefact system. Each season, I collect an important item for the story and level it up by gaining XP. I can then unlock a handful of seasonal mods, giving me special powers for the next three months.

The artifact also grants me an artifact power bonus, which is where the real problem lies. The artifact has two XP bars. The first is to unlock mods, and it hits level 12. The other bar has unlimited unlocks and grants me a bonus to my overall power average, no matter what gear I’m wearing. For example, if I’m wearing 1311 gear and I have +6 Artifact Power, my character will be at power level 1317.

The original idea behind the Artifact Power bonus was that players who didn’t have the time or friends to complete rewarding activities like raiding could passively level their artifact by doing repeatable bounties and other XP-generating activities. Players like me also use these bounties to level up, but by making the content more difficult I should be able to bypass some of the difficulty. At least that’s how you imagine it might work.

What came into the game as a boon for casual gamers acts as a lockout for those who don’t want to work multiple hours a week. To start even a Grandmaster Nightfall – a super challenging and rewarding version of the weekly Nightfall Strike – I need to have max level gear. and +15 Artifact Power. Grinding at +15 can take weeks of careful use of weekly bounties and challenges, and often involves waiting to return XP items until I’m at a party with friends in order to take advantage of the boost. ‘XP Fireteam.

Despite logging in every week to complete the new story quests and run the new season’s raid on all three characters, I’m late. It doesn’t matter that I maxed my loot to 1320 in Season of the Splicer, I will need to earn some bounties if I want to enter Grand Master content with my friends. What makes matters worse is that Artifact Power resets to zero every three months, so any gains I make are temporary.

With the addition of Master Vault of Glass – a harsher version of the raid picked up from Season of the Splicer – Bungie increased the potency recommendation to 1350. That’s 30 power levels above the gear cap of the season. If you don’t come in with +15 or more Artifact Power, you’re going to get creamed. And I got cream.

Why the same old grind?

I like to play Destiny 2, which is why I have spent so much time over the years doing it. I love raiding on day one with my crew, when the experience is still tough, before players get overwhelmed and solve it with weird strategies and weapon combos. Grandmaster Nightfalls, while frustrating, is one of the only content that comes close to this level of strategy. I wanted to do them every season, but I want to spend my time in Destiny challenging myself, not doing all I can to complete bounties that require me to “kill 10 enemies with a sword” for the thousandth time.

I did the bounty grind Destiny 2 every three months since fall 2019, when the studio added the Battle Pass and the Artifact. If I don’t get all my bounties and pay attention to How? ‘Or’ What I play Destiny traveling the world, I will never level up and I will be able to play with my friends. Destiny 2 streamers like Datto only entered Master level with +17 on their Artifact. I had to take more time out of my week to earn bonuses just to catch up and not hold my friends in Master Vault of Glass. And even after grinding, I would still need to grind more to deal 100% boss damage.

This level of boredom ages. Each Destiny 2 The season offers very little new content, which means players have to complete the experience with Strikes that we’ve played 100 times and Crucible matches on maps that we know like our back pocket. As a player who wants to see all that Destiny has to offer, I am forced to redo something that I have already done 100 times.

More often than not, I skipped grinding and missed GM Nightfalls with my friends. Not because I don’t want to do them – I like the difficulty – but because spending hours grinding the same content every season just to get around an unnecessary door ruins my desire to play at all.