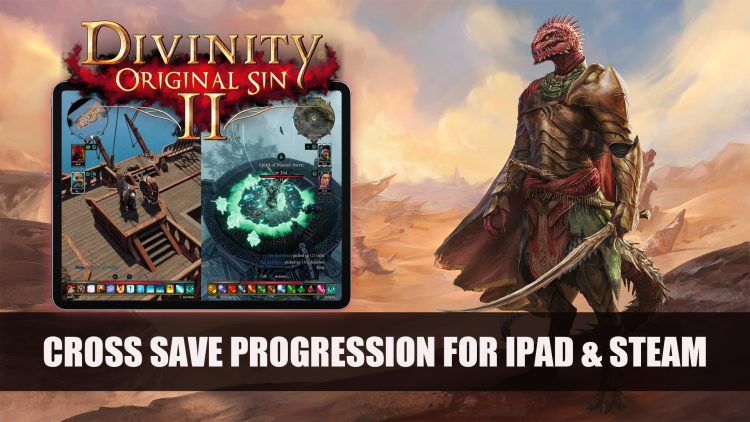 A new update has been released for Divinity Original Sin 2 which adds cross-save progression for iPad players. Now you can share your Steam save files between PC and iPad seamlessly, as many times as you want.

You can also play DOS2 with a split screen, with drop-in drop-out gameplay. The last trailer which was released in May, humorously broke the news the larian way, featuring split-screen gameplay. That means you can team up with a friend in co-op on a couch at 60 fps on the iPad Pro 2021.

We’ve just released an update for Divinity: Original Sin 2 that implements Steam cross-save progression for iPad players! This means that you will be able to seamlessly share backups from iPad to PC and vice versa, as often as you like. More details: https://t.co/KH0cIU3uEA

Update 3.6.117.3735 also adds support for Brazilian Portuguese, so you can now play the game in this language on PC and Mac.

Larian is currently working on Baldur’s Gate 3 which is currently in Early Access on Steam. The latest major update in Patch 5 added combat mechanics, gameplay improvements, and more. You can check out our full breakdown of patch notes in the Baldur’s Gate 3 Patch 5 Patch Notes | Breakdown of all changes. The most recent hotfix has been released. Fixed issues with saving, connecting to the launcher, and crashes caused by loading and unloading textures too quickly.

For more information, find it here in Playstation Showcase Event 2021 for next week and THQ Nordic will announce six new games during the 10th anniversary digital presentation. If you’re looking for more CRPG goodness, check out the upcoming Pathfinder Wrath Of The Righteous review | A colossal GPRC.