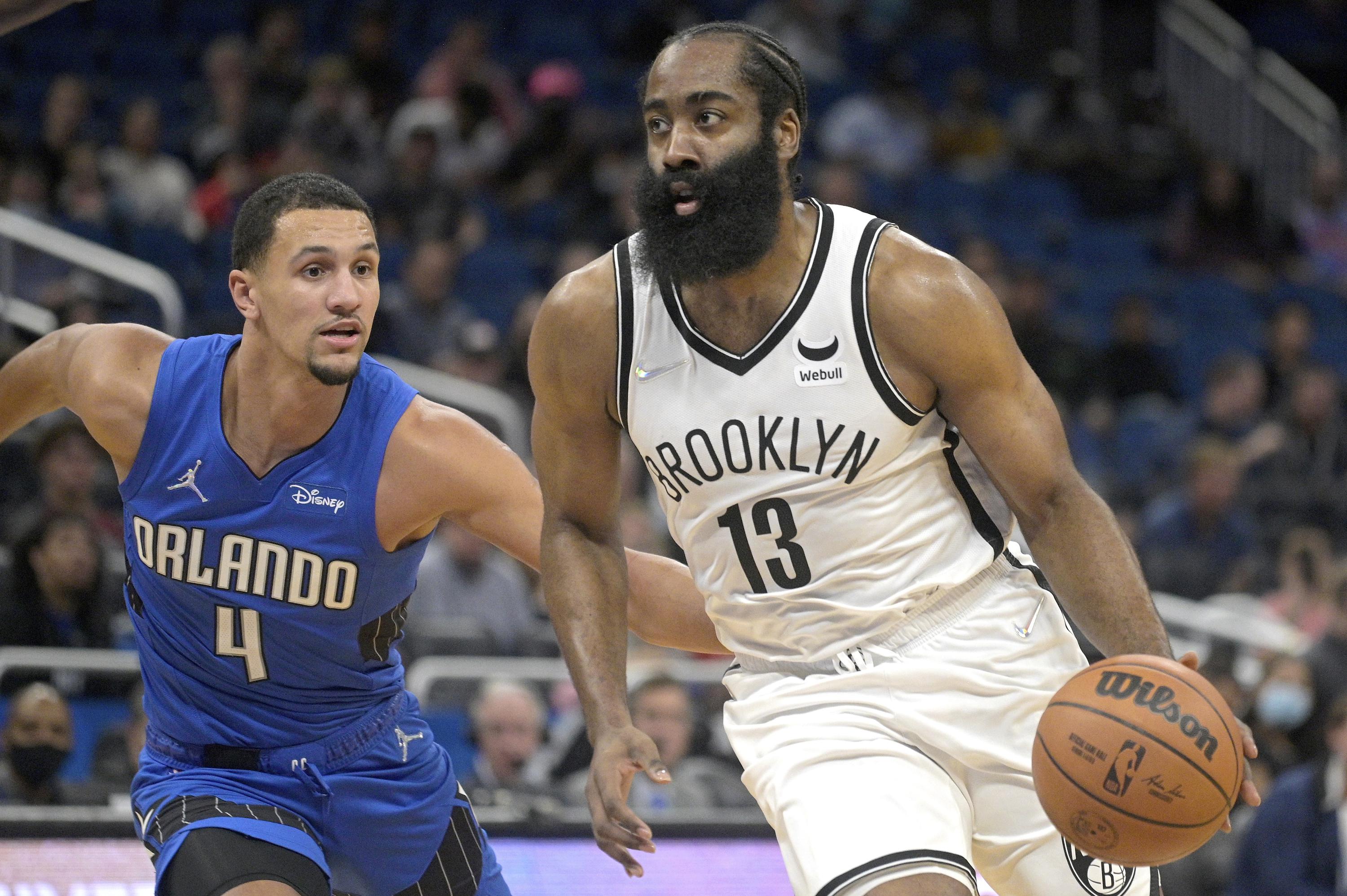 Durant, the NBA’s leading scorer at 29.5 points per game, made 11 of 12 shots, including both of his 3-point attempts, to help Brooklyn win for the sixth time in seven games. Harden had 17 points, 11 rebounds and 11 assists to help. The two stars sat out the fourth quarter, with the Nets up 94-75 after three.

LaMarcus Aldridge came off the bench with a big second quarter to put Brooklyn in command. He had 21 points and eight rebounds.

Less than a week after the Knicks came from 21 down to win 113-98 at Milwaukee, the Bucks opened a 70-46 cushion midway through the third quarter. But the Knicks’ reserves wiped that away and the game was tied with five minutes to play.

Jrue Holiday scored 18 points and Giannis Antetokounmpo had 15 points, 15 rebounds and eight assists for the Bucks. They won at Philadelphia on Tuesday night.

Derrick Rose had 22 points and seven assists for New York.

The 7-foot Kaminsky continued a stellar stretch of play, making up for the recent absence of injured starter Deandre Ayton. Kaminsky has at least 10 points in four of the past five games and was at his best Wednesday, making 12 of 18 shots and grabbing seven rebounds.

Oubre matched his career high with seven 3-points on nine attempts and broke the franchise record for points off the bench.

Gordon Hayward added 25 points for Charlotte. LaMelo Ball, who was coming off a triple-double of 25 points, 15 rebounds and 11 assists Monday night in an overtime loss to the Los Angeles Lakers, fell just short of his second consecutive triple-double with 12 points, nine rebounds and eight assists.

Ja Morant led Memphis with 32 points, 19 of them in the first quarter, and eight assists.

DENVER (AP) — Will Barton scored a season-high 30 points, helping to make up for the absence of suspended star Nikola Jokic, and Denver beat Indiana.

Kuzma scored 12 of his 22 points in the fourth quarter, including two 3-pointers in the final 26 seconds. Montrezl Harrell led the Wizards with 24 points and 11 rebounds.

Ricky Rubio had 20 points for Cleveland.

HOUSTON (AP) — Jerami Grant scored a season-high 35 points to help Detroit beat Houston in a matchup of two of the worst teams in the NBA.

San Antonio hit a season-high 18 3-pointers and snapped a three-game skid at the AT&T Center.

Sacramento has lost three straight and five of seven.

Nickeil Alexander-Walker had 33 points, and Jonas Valanciunas had 25 points and 15 rebounds for the NBA-worst Pelicans. They dropped to 1-11 with their eighth straight loss.