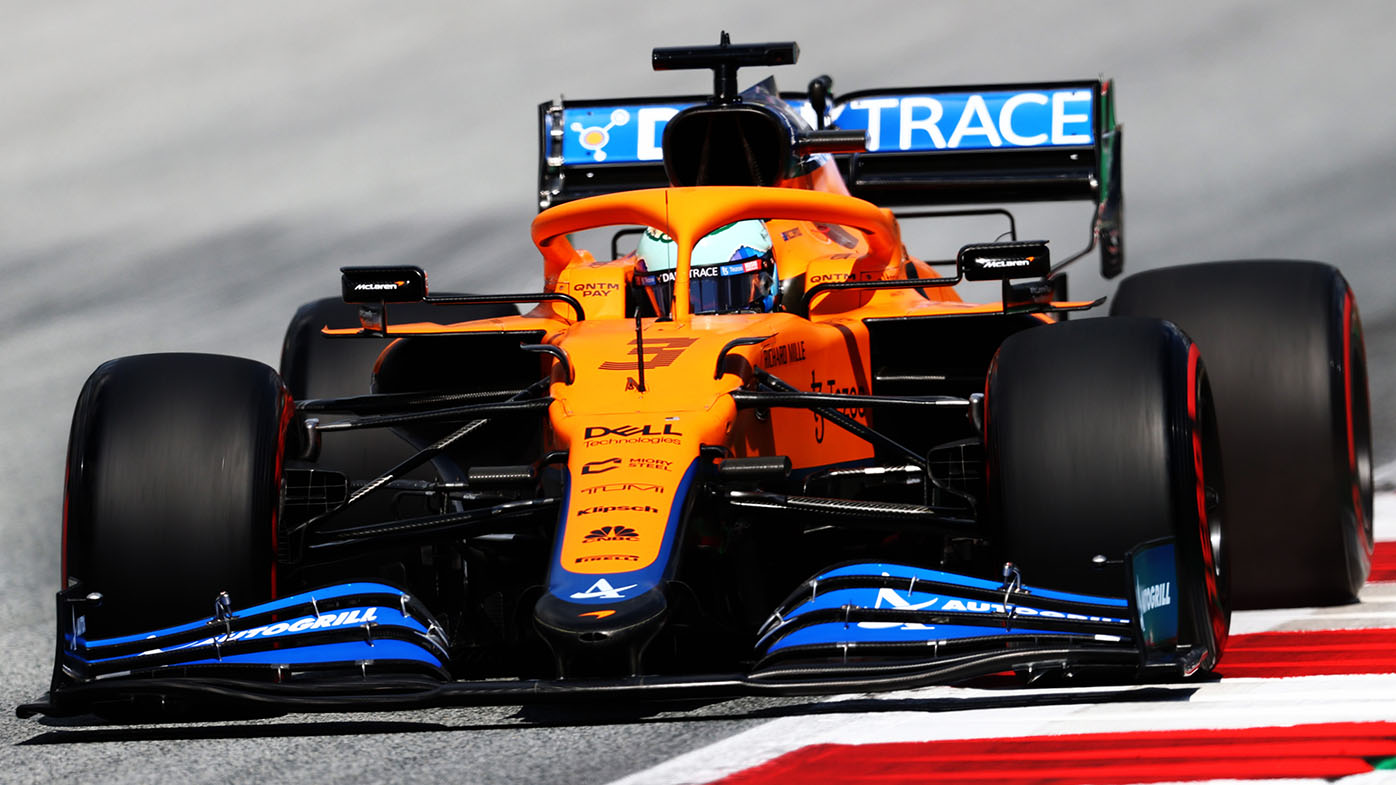 Verstappen became the first driver this weekend to complete a lap in under a minute and four seconds, clocking 1: 03.841 in his Red Bull in Q3 to beat Mercedes driver Valtteri Bottas by 0.194.

As Bottas receives a three-place grid penalty following a pit lane incident during Friday practice, Verstappen will share the front row with Hamilton. The defending champion followed his Mercedes teammate by 0.032 in third.

McLaren’s Lando Norris and Red Bull’s Sergio Perez will start from the second row. Australian Daniel Ricciardo finished well below his team-mate McLaren – he missed Q3 and will start from 14th place, although he finished second behind Verstappen in second practice the day before.

“We just lost a lot of speed overnight,” Ricciardo told Sky Sports. “It was not even in qualifying that we were slow, it was already this morning. We put the car on the track and we were a little behind. It’s another session where we are scratching our heads a bit. .

“It was far away; sometimes it was a second or something. It’s a bit strange. Obviously yesterday was strong and encouraging so I wouldn’t say there are a lot of answers right now. why we struggled so much today, but we will find out and look forward to tomorrow now. I certainly didn’t expect to be here after yesterday. “

“It was a great weekend,” said Verstappen. “Again in qualifying the car was really good to drive. I’m really happy to be on pole here at home.”

The Dutch driver called his best lap “not too bad”.

“It’s definitely a small track but it’s really hard to make a good lap out of it,” he said. “I think the first round in Q3 was not too bad, it’s never perfect, but it’s good enough.”

The lap earned Verstappen his second straight pole and third of the season, compared to two for Hamilton. Both drivers have won three races this season.

At the French GP last week, Verstappen achieved a hat trick with pole, fastest lap and victory passing Hamilton on the penultimate lap.

“It’s never easy but it’s good for the race,” said Verstappen. “I’m sure tomorrow will be very tight again, so I hope it will be as interesting as in France again.”

Red Bull have won the last three races, while Hamilton are looking for their first triumph since winning the Spanish GP seven weeks ago.

“First off, kudos to Max, he’s been so quick this weekend,” said Hamilton, who is aiming for a record-breaking eighth F1 title this season.

However, Red Bull’s dominance left him in doubt about his chances in the race.

“They usually had a quarter of a second on us all weekend. It will be interesting to see if we can handle it. I don’t think we have the raw pace to pass them for sure,” Hamilton said. .

“We gave absolutely everything. It wasn’t the best of the sessions, but we are still in the front row nonetheless. I did everything I could and we are entering the race tomorrow to fight.”

Charles Leclerc set the seventh fastest time after both Ferraris finished outside the top 10 in practice on Friday. Leclerc has taken pole position in two of the last three GPs.

Ricciardo finished 14th and came out in Q2, a day after being runner-up to Verstappen in the second practice session.

The Australian continues to be presented by young McLaren teammate Norris, who was 11 places ahead of the Red Bull Ring.

“I don’t know. Today is what happened, a little mysterious, actually. We were obviously fast yesterday, and I know it’s just Friday practice, and I don’t know. ‘wasn’t expecting me to fight for pole position today, “Ricciardo mentioned.

“But obviously we were pretty comfortable with everything. We got the car on track today and we’re about a second slower. Then I think qualifying was also a product of this morning, we were just off the beat.

“Why? Not sure. But it was definitely one of those days, a little frustrating. So obviously we’re going to try to figure out why and how. It’s not like there’s been a lot of time here or there, it was just a little lap time all over the place, and you’re trying to improve a little bit.

“But I just felt like whatever I was doing, I wasn’t really able to gain anything else from the car.

“We have refined a bit [from practice]. But nothing crazy, nothing that could explain why we are so far today. And you obviously change cars to try to be faster. So we certainly weren’t expecting that today. “

Earlier on Saturday, Hamilton clocked the fastest lap in the third and final practice session when he was just over two-tenths of a second faster than Verstappen.

Verstappen, who leads Hamilton by 12 points in the season standings, was the fastest in both practice sessions on Friday.

Hamilton also clocked the fastest lap in Friday’s second practice session, but got too wide in a corner, making him one of the many drivers whose lap times were removed for exceeding the limit of the track.

One day after being fined three places on the grid for having spun out of the Mercedes box, Bottas had another scare in the pit lane as he narrowly avoided Pierre Gasly, who had forgotten the Finnish driver while exiting from the AlphaTauri box.

With a record of just under a minute and three seconds, the Red Bull Ring have the fastest lap times of the F1 season.

However, it is only the fifth shortest track, behind Monaco, the Netherlands, Mexico and Brazil. It has three long straights and has the fewest turns – 10, and three of them are taken at full throttle.

This leaves little opportunity for the drivers to find time, which generally makes qualifying tight.

Eliminated after the second session

Eliminated after the first session

Fact or Fiction: Travis Hunter could be ranked No. 1 CB and WR