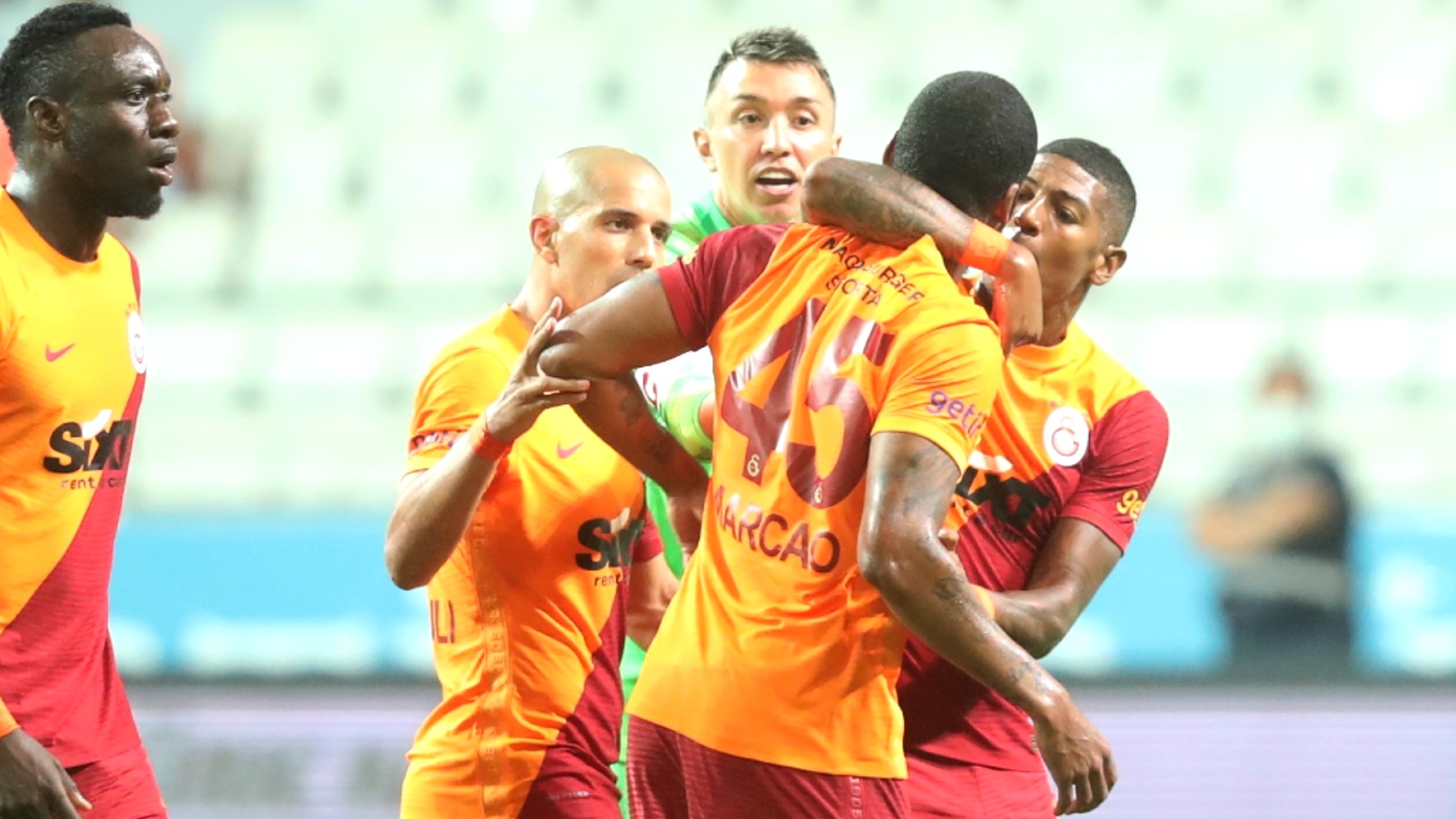 It’s not something you see every day in football: A player gets a red card for head butting and swinging against his own teammate.

It happened during a Turkish Super Lig game on Monday involving Galatasaray, one of the biggest clubs in this league. As Galatasaray led 2-0 against Giresunspor, Brazilian center-back Marcao was seen sprinting from his defensive position and charging at teammate 22-year-old winger Kerem Akturkoglu.

Marcao started to butt him and swing his arm twice before his teammates intervened. The referee watched the replay of the video before directly dismissing Marcao a red card.

The Laws of the Game (page 106) clearly state that violent conduct, even against a teammate, is punishable by a red card: “Violent conduct is when a player uses or attempts to use excessive force or brutality. against a ball, or against a team-mate, team official, match official, spectator or any other person, regardless of whether contact is made. “

It is not yet clear what triggered Marcao’s reaction. As for Kerem, he was substituted two minutes later, and Galatasaray head coach Fatih Terim appeared to console him on the sidelines. Terim addressed the incident after the game and indicated that the team will deal with the issue internally.

Following the bizarre red card, a previous incident involving Marcao resurfaced after a friendly against the Turkey Under-19 team last year. There was an alleged slap in the face from Marcao, but no video of the altercation was revealed.

Apparently, this is not the first time Marcao has hit a player on the pitch.

He is claimed to have knocked out Halil Dervisoglu in Galatasaray’s friendly against Turkey U19 team last year.

Fans are calling for the Brazilian defender’s contract to be canceled.#GRSvsGS https://t.co/mxhecRZQZg

Marcao, 25, moved to Galatasaray in January 2019 after playing in Brazil (Athletico Paranaense, Atletico Goianiense) and Portugal (Rio Ave, Chaves). He has made a total of 80 appearances in his previous two and a half seasons with the club. The game against Giresunspor was Galatasaray’s first Super Lig game of the season.

Turkish reports have indicated that Marcao has been the subject of a recent transfer interest from Russian club Dynamo Moscow. The transfer window in Russia does not close until October 17.