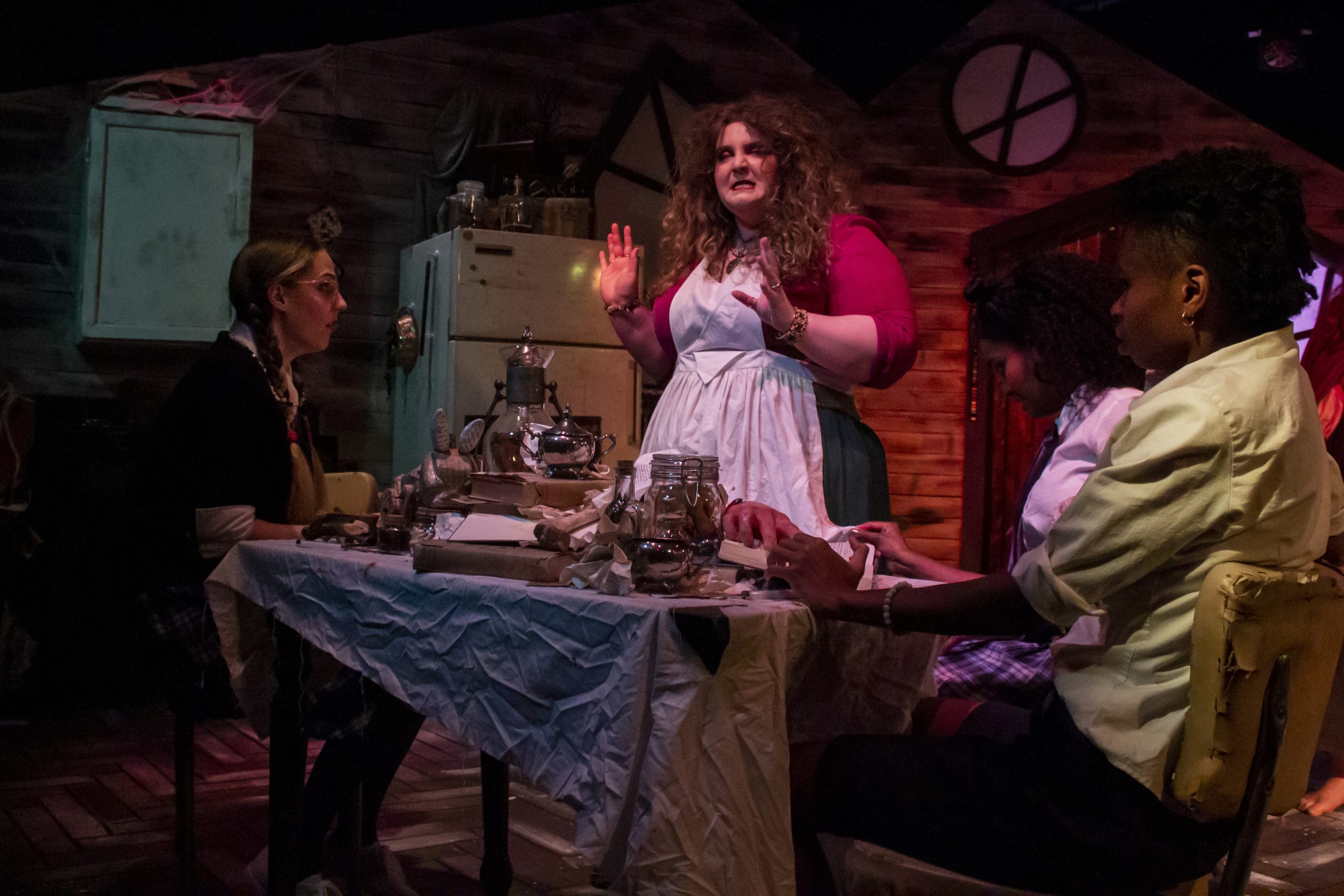 Not so in this Impostors production (directed by Stefan Roseen), in which Emily Gulbrandsen’s witch makes it pretty clear that she intends for the house to win in the games she sets up for the kids in her clutches. The four fall into recognizable categories: party girl Ursula (Anna Sciaccotta), nerdy Willow (Jaclyn Jensen), wounded outsider Fred (Asya Meadows), and the object of Fred’s affections, princess Piper (Alexandra M. Hunter). As they fight for their lives, they also reveal secrets. Will learning more about each other give them the insight they need to defeat their captor? You’ll just have to see it to find out. I’ll just say that Smart thwarts our expectations with panache and swagger, even though some of the performances felt a bit hesitant opening night and the tone switches between earnest and campy were uneven.

Gulbrandsen has a ball with her wicked witch, and the spooky lo-fi production elements (Ethan Gasbarro is technical director) bring a goofy fun house aesthetic to balance the increasingly dark storyline. It’s not the most assured haunted-house story you’ll ever see, but Baba Yaga has enough jumps and twists to hold interest over its 95 minutes.