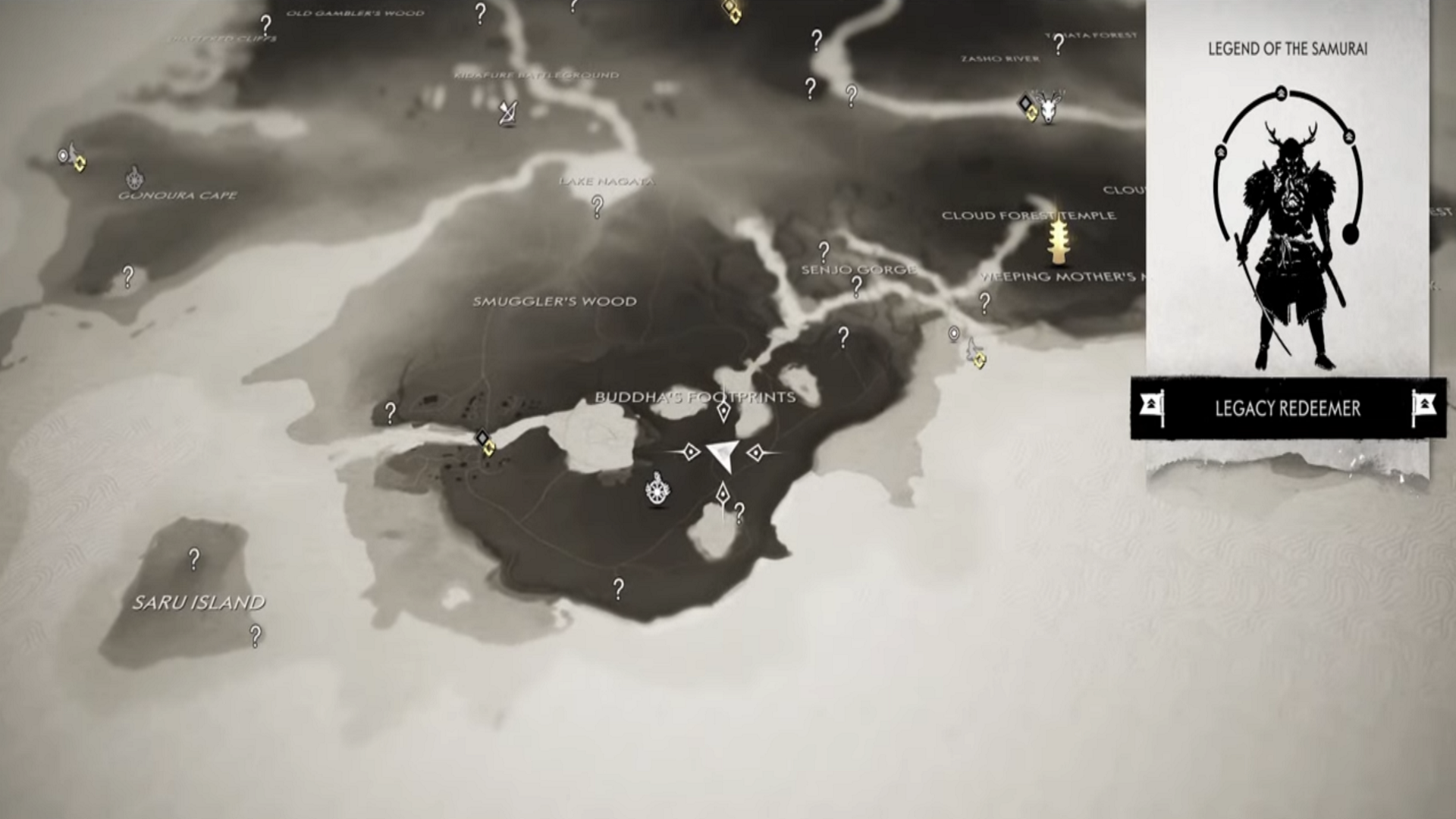 The Tsushima ghost shrine in the shadows is one of Director’s Cut’s three new Wind Sanctuaries.

These shrines house Ghost of Tsushima’s PlayStation-themed Easter egg armor. You’ll find the Shadow of the Colossus armor in Shadow’s Shrine, but only if you’ve progressed enough in the main game to get it.

The Shadow Shrine can be found near the southern coast of Iki Island, just south of the Buddha Footprints map marker. A carpet on the floor and a candle mark the entrance to the shrine, but you’ll need to climb to get there.

Shrine in Shadow’s puzzle is:

The stone knows no season, Nor the colossus slain to save a soul. Wanderer, come as though through the mist, a ghost casting no shadow.

If the last row wasn’t already a clue, you’ll need the Phantom Armor to solve this puzzle.

Jin automatically acquires Ghost Armor, but not until late enough in the game. It is given to him after you start the From the Darkness story mission at the end of Ghost of Tsushima Act 2. If you’re not there again, don’t bother with the shrine in the shadows yet.

With the Phantom Armor in hand, head to the Shadow Shrine and equip the armor. Stand in the shrine, then throw a smoke bomb to make the smoke envelop Jin. This triggers a cutscene and rewards you with the Colossus Mask and Colossus Armor, the latter being an alternate skin for Jin’s Phantom Armor.

If you haven’t tackled the Bloodstained Sanctuary or the Ash Sanctuary yet, this is where you will get the Bloodborne armor set and God of War armor respectively.

The Sanctuary Challenges are only part of the new expansion of Iki Island. The Bokken Tournament is another grueling test of your skills, and here’s where to find all the hats, swork kits, and Easter eggs to collect.