Join gaming leaders online at GamesBeat Summit Next this upcoming November 9-10. Learn more about what comes next.

The Omniverse is Nvidia’s “metaverse for engineers,” and Ericsson is using it to simulate reception for 5G networks in a six-block part of the city of Stockholm.

Ericsson is in the midst of building a “digital twin” for the city, or mapping it with all of its three-dimensional buildings and landmarks so that it can understand how 5G wireless signals — which can bring much faster wireless data and communications interactions — can bounce around the city and reach customers.

The simulation will be so accurate that if a virtual tree is removed from Nvidia’s Omniverse — a virtual place with accurate physics where anything can be simulated — then it will have an effect on the wireless signals. Ericsson plans to use the data from the experiments to determine the best places to put its 5G network towers so they can serve millions of smartphones, tablets, and other internet-connected devices. Nvidia and Ericsson showed the project at the Nvidia GTC online conference today, which is expected to draw 200,000 attendees.

There are more than 700 companies actively evaluating or using the Omniverse for enterprise purposes, said Richard Kerris, Nvidia vice president for the Omniverse platform, in an interview with VentureBeat.

Three top investment pros open up about what it takes to get your video game funded.

BMW is building a digital twin of a car factory, which it will eventually make in real life. The model has more than 300 accurate renderings of different cars, with robots, and digital humans all working together. But that’s a much bigger effort, while the Ericsson project can be built with a relatively small team, Kerris said.

Above: BMW Group is using Nvidia’s Omniverse to build a digital twin factory that will mirror a real-world place.

The Stockholm-based maker of telecommunications equipment is combining decades of radio network simulation expertise with Omniverse, a real-time digital-twin simulation and collaboration platform for 3D workflows. Ericsson is building city-scale digital twins to help accurately simulate the interplay between 5G cells and the environment for maximum performance and coverage, said Mathias Riback, head of standards and technology at Ericsson in an interview with VentureBeat.

“We saw the potential to not only visualize but also simulate how a radio propagation environment would look like in a digital twin,” said Riback. “With radios, we have very complicated the physics on how radio waves propagate in the environment. The devil is in the details. In the old days, the only way to do this was to have more statistical models. It’s more or less impossible to predict performance or evaluate an algorithm or something very specific at a terminal location. But that’s what we can do with Omniverse.”

As an added benefit, network engineers will soon be able to use virtual reality to examine the simulation in a live environment. They will be able to see the effects of moving objects, and they will also be able to teleport from one 5G tower to another much faster than they could do in real life. “The more details you can get there, the more real performance you can predict,” said Kerris.

“We love the fact that developers are taking Omniverse and making it their own kind of context,” Kerris said. “When we first got introduced to the work that Ericsson was doing, and they brought to us how they were using the platform and ray tracing for what the project was, we were blown away, happily. The whole idea of that platform is it’s a developer platform, first and foremost, and you make it what you want it to do. And of course, true to reality simulation is at the very core of what we do. And so we think that digital twins is so applicable in so many different industries. And that’s the kind of thing that we get really excited about. The whole idea of this connective tissue between these virtual worlds is truly one of the things that Omniverse is designed for.”

5G enables a multitude of new uses for wireless networks including IoT, manufacturing, self-driving cars, and telehealth. Networks serving these use cases operate in vastly different environments. New types of devices will enter the networks, and the number of devices will grow by orders of magnitude in the next few years. 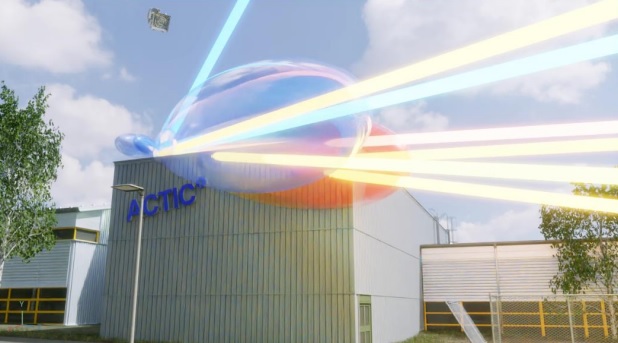 Above: Ericsson is testing how 5G network signals bounce around a city.

Network operators’ rollout of 5G networks is creating new challenges with over 15 million microcells and towers to be deployed globally over the next five years. It’s a big undertaking.

The need to make it operate in different environments with many devices makes the design and development of 5G products and networks very complex. With 5G signals, the towers have to be closer together than with 4G networks, so the old data doesn’t really help.

“We can evaluate different algorithms or behaviors in the network,” Riback said. “Hopefully it will be very close to reality.”

Without a digital-twin approach, the interaction between the environment, humans and devices on the move, and radio transmitters is less accurate, and many of the features had to be field-tested once the networks were already built, said Kerris.

“We are dealing with millimeter-wave signals over the 30 gigahertz spectrum,” said Riback. “A small lamp post or even the branches on a tree can affect the rate of propagation. So you need to have very detailed models if you want to predict very precisely what’s happening. That’s what we are evaluating here, how close to reality we can come. We see we can get much closer than before with Omniverse.”

Before Omniverse, Ericsson had to figure out the coverage and capacity of networks based on calculations and analysis of complex interactions, such as expectations about mobility and physical effects of network signals bouncing off concrete buildings or trees or mountains. Now they can get a much better idea of the actual reflections and reach of signals.

Both companies are working on the simulation together, with Ericsson feeding its algorithms and data into the simulation and Nvidia creating a lot of the detailed graphics for the city’s digital twin.

In the long run, this will result in faster development cycles, better network optimization, and ultimately swifter networks because it delivers fast insights into what products to install where, Riback said.

“We have a long development process,” Riback said. “When we do an algorithmic design, we also have to do standardization. And until it’s deployed, it’s a very long feedback loop. And if we can do more testing in the digital twin, we can get better and more functionality out in a shorter time.” 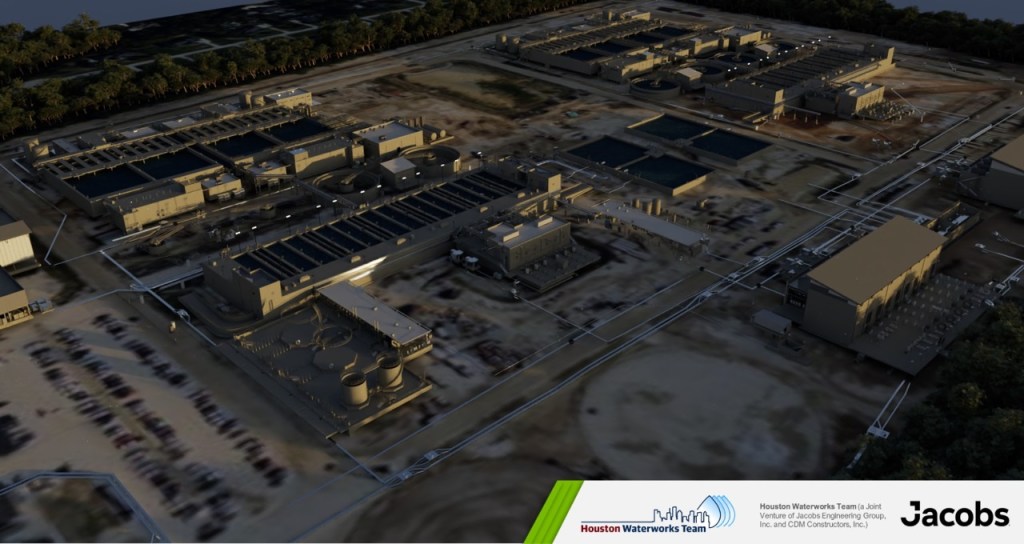 Above: Bentley’s tools used to create a digital twin of a location in the Omniverse.

Ericsson and Nvidia entered a strategic partnership in 2019 with the goal of cross-pollinating technologies and challenges between two technology leaders in their respective domains.

The 3D community has historically been fragmented along several proprietary and competing formats and toolchains. This creates unacceptable degrees of lock-in and limited abilities to extend to new simulation use cases, Kerris said.

The Nvidia Omniverse platform lets Ericsson accurately model network performance across dynamic environmental elements. Nvidia RTX-accelerated real-time ray tracing allows researchers to see precise representations of signal quality at every point in the city, in real time, which wasn’t possible before. Network signals are rays that bounce around, and that’s exactly how RTX graphics are calculated.

This means Ericsson can experiment with its telecom products such as beamforming and explore their impact interactively and instantaneously.

There are a wide variety of companies working on Omniverse projects, from game companies like Embark to Nvidia’s own work testing self-driving cars. (After all, you can’t test self-driving cars in the real world because it’s dangerous for pedestrians.)

I asked Kerris if a bunch of companies are going to eventually share a complete set of cities with each other, whether it’s for games or digital twin testing. He said that game companies often cut corners on the realism to make the games run faster, while civil engineers can’t do that.

But he added, “Eventually, I think companies will benefit from a complete digital twin of the earth, whether it’s for weather analysis or flow for traffic in cities, and autonomous driving. There’s a lot of crossover. Someday, maybe there will be a game where you can drive from New York to LA accurately, and kids will get to experience things like that.”

GamesBeat’s creed when covering the game industry is “where passion meets business.” What does this mean? We want to tell you how the news matters to you — not just as a decision-maker at a game studio, but also as a fan of games. Whether you read our articles, listen to our podcasts, or watch our videos, GamesBeat will help you learn about the industry and enjoy engaging with it.

How will you do that? Membership includes access to: