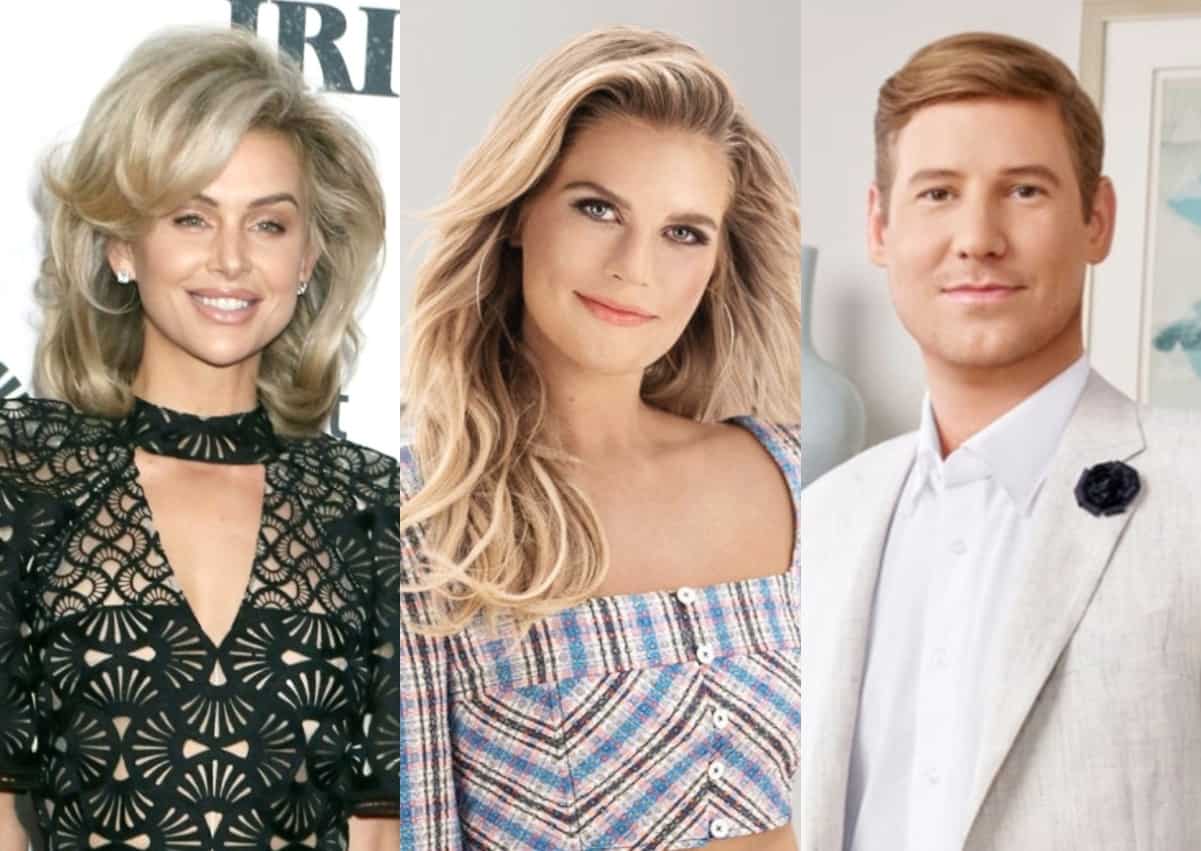 On May 1, Lala joined Craig and Austen on their podcast, and the three Bravolebrities bantered about everything from Madison LeCroy to baby pictures. But first, they discussed their shared admiration for Bravo.

“Even if I wasn’t on Bravo, Bravo is the ticket,” the new mom said on the Pillow and Beer podcast. “[I’d be fine] if I just had that channel to watch all day. Plus, it makes me feel better about my life choices.”

Austen agreed and hilariously stated, “Can I say that Vanderpump [Rules], I feel the same way about y’all. I watch you guys and I’m like, ‘Craig, we aren’t that crazy.’”

The “Feeling You” singer completely understood Austen’s sentiment, but she went on to say the Real Housewives franchise outshines their respective shows when it comes to unnecessary drama.

“Yeah, and then you watch Housewives — any city — and you’re like, ‘We’re really not that crazy,’ because those women are, like, pushing 60 and crazier than us,” she declared. “I think about my mom and I cannot imagine her being like this! But I’m so happy that these women are because I’ve been sitting here for 12 hours straight and I’m still not dragging. I’m still entertained.”

Since Lala is also a huge Southern Charm fan — and she especially enjoyed the epic season seven reunion — she had no choice but to ask Austen about his current relationship with his ex-girlfriend, Madison. Though he said he’s no longer speaking to the salon owner, he seemingly hinted that Madison was still contacting him prior to her latest relationship, which reportedly began a few weeks ago.

“No, we honestly haven’t spoken in like — I have it written down as my liberation day, like, the last time we spoke together,” Austen claimed. “And ever since that day, it’s been the best life ever.”

“It kind of happened when she told me she was dating another person. And I did, like, a backflip and I’m like, ‘I’m free! I am finally free,” he joyfully proclaimed. “Like, now you can’t call me and f*ck with me, and tell me you want to spend this holiday with me, and that you want to see me on Easter. And then I’d ghost her and she’d call me and make me feel bad about it. I’m like, ‘Why do you still contact me?’ I mean, honestly, it’s something that I can talk about now because I’m like so, so, happy. It was like her favorite hobby to f*ck with me.”

Lala then chimed in by seemingly shading the blonde beauty. She even referenced the “mommy makeover” Madison has spoken candidly about in the last year.

“That is so unkind,” Lala said of the way Madison allegedly treated the Trop Hop creator. “That’s an insecurity, because here’s the thing with a lot of us… You take a girl who’s like [okay looking], and then you give her a mommy makeover, and she’s feeling herself. But the insecurity still lingers, you know? She’s gotta pull you along, she’s gotta make it feel like you want her, and this guy wants her, [and] that guy wants her [for] constant validation.”

However, Lala then backtracked a bit, stating she doesn’t know Madison personally and was just speaking about insecure women in general.

“I don’t know this girl; I don’t know her at all,” she explained. “I’ve just seen the show and she seems very sweet, and very kind. I’m talking about girls in general who have these insecurities that no matter how much they inject into their face, or whatever, [the insecurities] still linger. I have to battle them all the time. But, it’s like, ‘Girl, you’re hot! We don’t need you to tell us that people want you.’”

Later in the podcast, Lala discussed her new book, Give Them Lala, which she says she wrote due to the overwhelming amount of judgment she has received from viewers.

“I didn’t decide to write a book because I thought I was that interesting,” she shared. “I decided to write it because I felt like after season five — where I was labeled all of these horrific things that I was not used to at all — I was, like, this is my release and I’m not going to walk into rooms anymore and be insecure about behavior I’ve displayed at one point or another. I’m not going to feel like you’re judging me because of the way you think I met my fiancé. So, yeah, it was a purge.”

Of course, the reality stars also chatted about Lala’s six-week-old baby, Ocean, who she shares with her fiancé, Randall Emmett. Craig and Austen gushed over Ocean’s sweet baby face, but they admitted they think some newborn babies look like “aliens.” The guys then asked Lala if she thinks all babies are “cute,” especially now that she has her own.

“No, actually every baby isn’t as cute to me now,” she confessed. “I know that sounds so rude, but can I tell you that I do not get those people who are like, ‘Let me show you my baby,’ so I’m very careful. When I show a picture, it’s just the background of my phone, I don’t try to search for one. It’s just like, ‘Have you seen my kid? She’s cute, right?’ And then I let it go.”