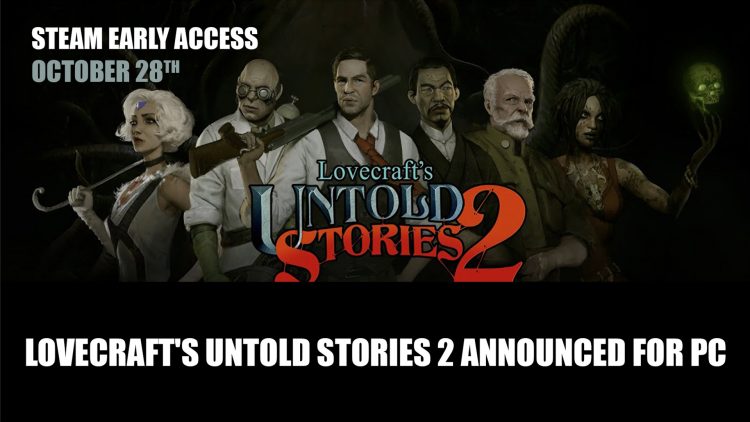 PPublisher 1C Entertainment and developer Blini Games have announced that the Action-RPG Lovecraft’s Untold Stories 2 will arrive on consoles and PC. Coming to Steam Early Access in October.

Players will prefer items or create their own, explore old and new locations, solve puzzles and challenges. You will also defend yourself against dozens of different enemies, alone or with the help of your friends in the new multiplayer mode. Choose from six different characters to play, each with different play styles, including the Detective, the Witch, and the Professor from Part 1. New characters, the Medium, the Veteran and the Alienist.

You can check out the main official features below:

For more information, find them here in New World launches a new series detailing the “families” of NPCs. For a preview of the latest RPG news, find them here in Top RPG News of the Week: August 15 (Diablo 2, Pathfinder Wrath Of The Righteous, Tales Of Arise And More!).