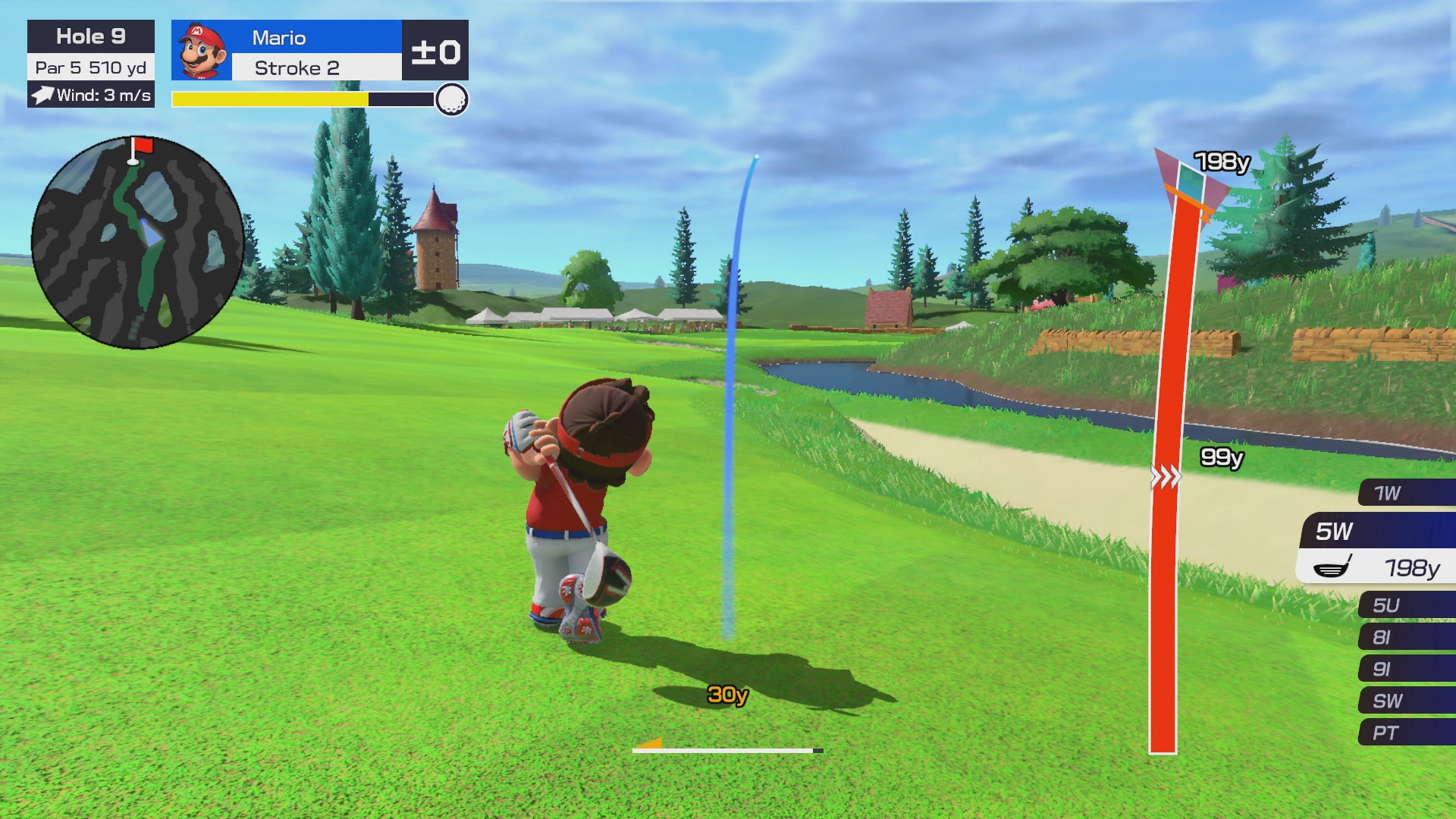 Mario’s latest sports adventure doesn’t exactly have the best story mode, but its gameplay and base modes are great.

The best thing about Mario Golf: Super Rush is his utter disregard for some of the basic rules of golf. Don’t rush, take your time and wait your turn? Forget that. On some level, it’s golf injected with some of the frenetic energy of Mario Kart, and it’s awesome.

Standard golf is there, for the record – but the real magic of Super Rush is undoubtedly found in the plus Mario mods for Super Rush.

Speed ​​Golf is pretty straightforward – rather than scoring what matters is time – you just want to finish the course as quickly as possible, although each stroke you take adds a slight penalty to your time as well. Each player starts at the same time and are all on the course at the same time, and you have the option of slightly disturbing them between shots, as you hurtle down the course to where your ball landed.

Speed ​​Golf is light on this, however – the focus is more on you to get there as quickly as possible, and on trade-off considerations – take a detour to collect coins that will allow you to use. a special move earlier, or do you prioritize the ball? It also adds a wider meta to the course – as you could deliberately miss a hole to pick up coins to power up and detonate another hole faster.

If Speed ​​Golf is more like a Mario Kart race, Battle Golf takes that formula even further with traditional Mario power-ups and dangers to fear. The main difference, however, is that everyone is playing the course at the same time, you attack all the holes at once, in any order you want, in a large arena. Each hole can only be sunk once, and it is the first player to reach a certain amount to win.

It’s kind of a battle royale of golf – and it’s hard to express how exciting it is to play for the same hole against another player – the pressure is not only to get it right, but to ‘get there first – because if you don’t, the hole simply disappears and you’ll have to target another to score.

Battle Golf is further shaken up by dangers and special moves, which are no longer a minor nuisance but can actually dramatically change the flow of the game. I saw a perfect ball fly off the green by a bob-omb, and there’s nothing you can do about it except suck up and keep going. It’s chaotic, but in the best possible way – that same kind of energy that Mario did so well with racing games, or the too busy co-op in New Super Mario Bros. games.

These modes are awesome. They are the lifeblood of the game, in fact. While traditional rules of golf are available, if you really want straight golf, even just for casual enjoyment, you’re probably better off playing something like the 2K PGA Tour game on a lower difficulty with aids turned on. Mario Golf simplifies in a way that is inherently less satisfying – but you don’t save that simplification when you juggle all the other factors that Speed ​​Golf and Battle Golf put you in lump.

Plus, the way everyone plays all together at the same time serves to make it a frenetic and engaging online experience. There is a depth here in the management of stamina, the use of special skills and even the balance of the different abilities of the characters. Much like with Mario Tennis Aces, I think the top online meta in Speed ​​Golf and Battle Golf is really going to be something to see – which is exciting.

These modes can be accessed through the world’s most basic menu option: Play Golf. You choose from a list of Mario favorites, choose a mode, and play. The other big button on the main menu is for something completely different, however – Golf Adventure mode. 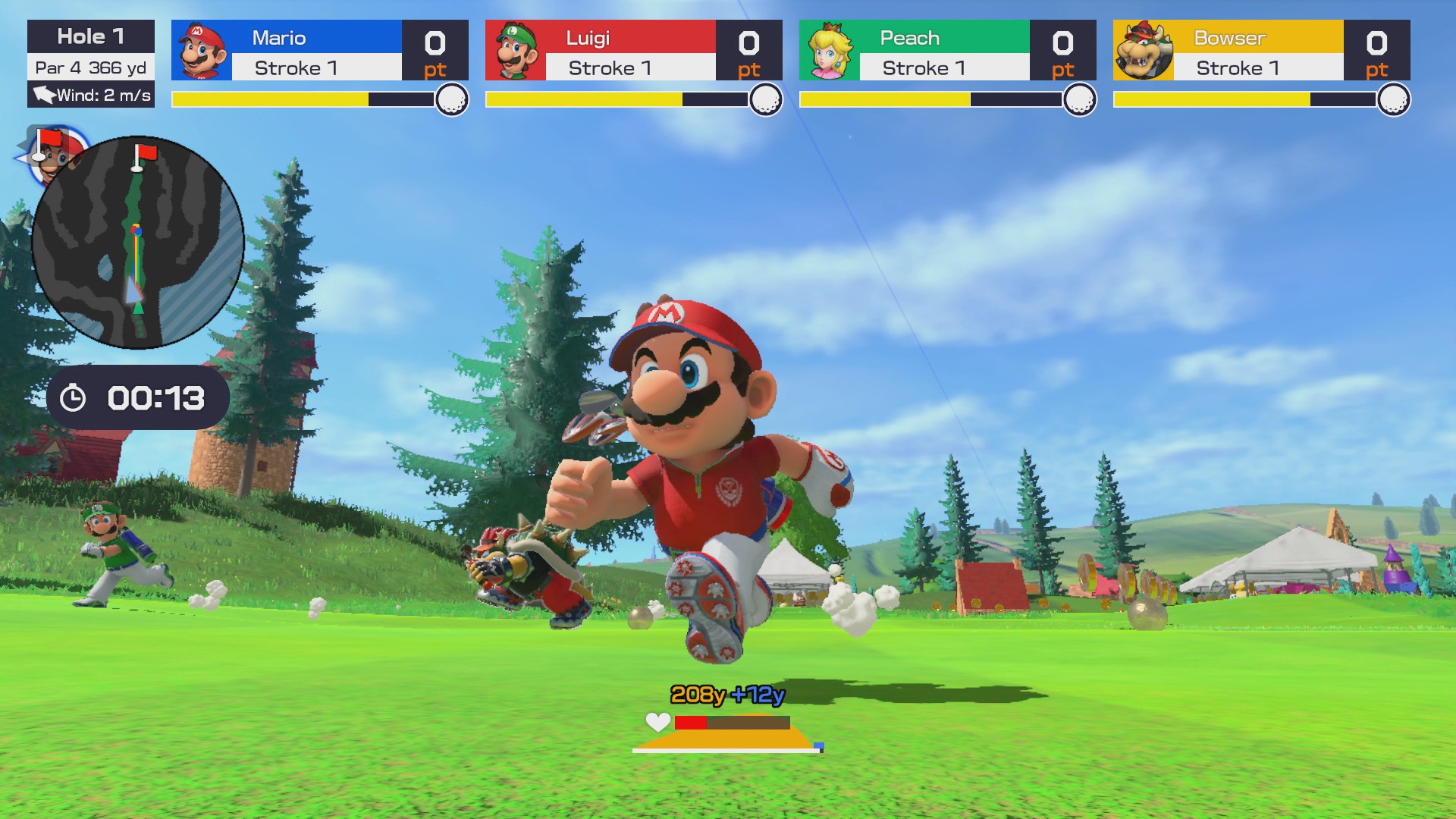 For years now, fans have sought the return of these kinds of modes – many of us have fond memories of the Game Boy and Game Boy Advance Mario sports games, some of which featured role-playing story modes. full-fledged where a protagonist character has joined the wacky sports leagues of the Mario universe. Golf Adventure is that – although it never quite reaches the exhilarating heights of these games.

Here’s the basic pitch: Your Mii character joins a golf academy and moves up through the ranks, which are spread across several different course biomes. There is a segment of the outside world where you walk around, as well as the golf course itself. There’s gear to consider, stats you upgrade as you gain EXP with each round of golf, and characters to chat to in the outside world.

He ticks all the right boxes, and yet it’s sort of… good? There’s sort of an X-factor missing here, with the world and story mode built into it feeling a bit sterile. The story mode also seems inferior in quality to the flashy Mario & friends elements in the game. The overworld is large and pretty, and yet I can’t feel anything walking around. Typically I would just follow the red goal arrow pointing to the next piece of real golf.

Once you’re on the course, the main problem with adventure mode I think is that it takes too long for your character to become good at golfing. If you start in Adventure Mode and after three or four hours move on to your first Battle Golf session playing as one of Mario’s famous actors, you’ll be shocked at how good their golf game is. better and refined. Obviously, this is on purpose – as you level up your character improves – but there is a balance to be found in not making the early stages of the game painful. Super Rush exceeds that target quite significantly. 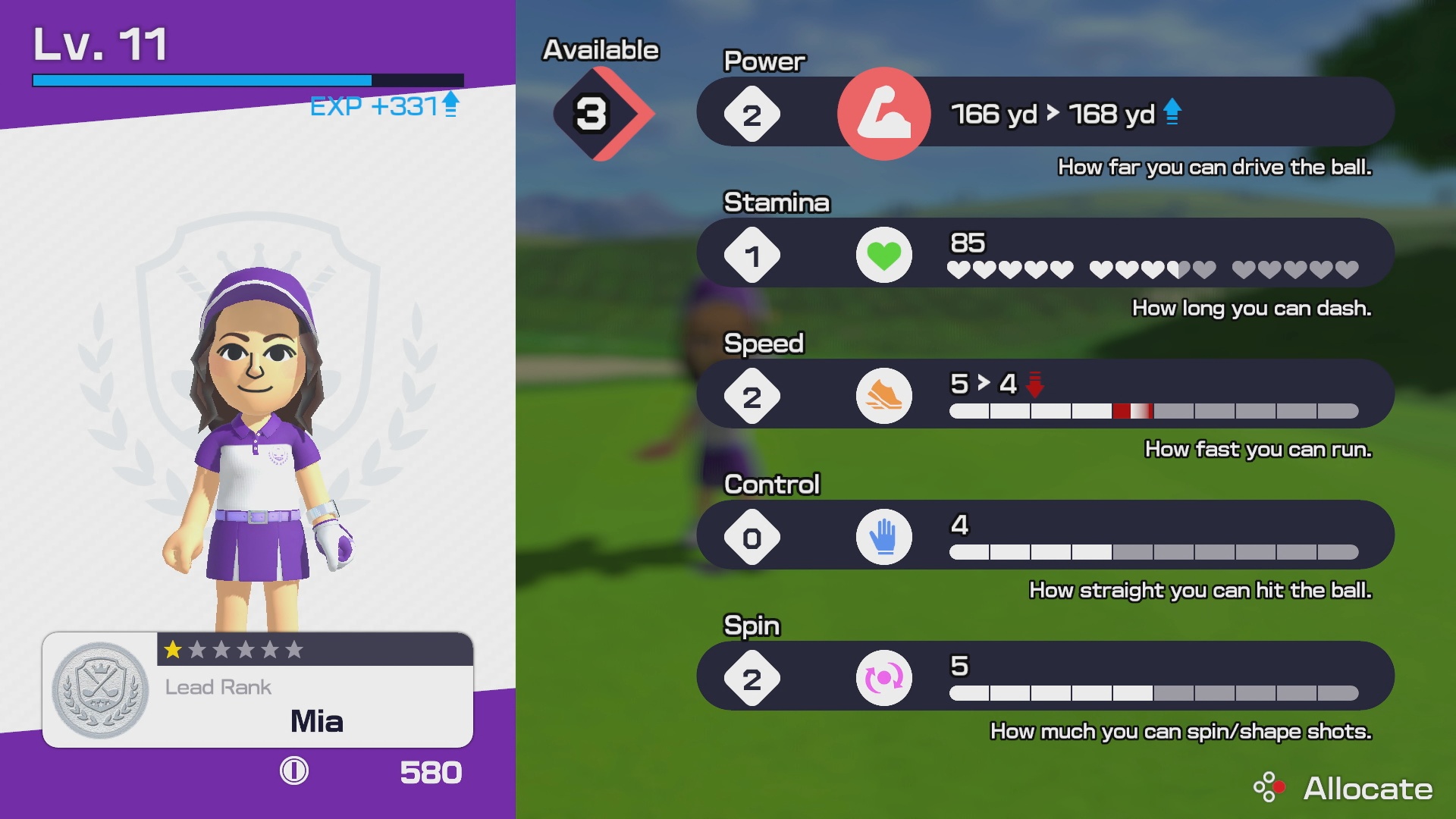 Also: the man, the voices. Characters in story mode have little vocal “barks” that they make whenever you talk to them, but characters that you talk to repeatedly have, for example, two voice clips. The moment I heard Hammer Bro say “Hey hey!” for about the fiftieth time my patience was running out. It’s a petty complaint, but that sort of element is also pretty demonstrative of how the story mode feels a bit cheap.

These issues are a shame, as the adventure mode has some good ideas and makes great use of the core concepts of the game. Traditional, Speed, and Battle Golf both have a chance to shine and are also properly introduced here – and in some. case, new mechanics are superimposed. On a course in the desert, for example, you have to manage your hydration level – which is essentially a shortcut to add another pressure where you can run out of resources and fail if you don’t play carefully.

There is a lot to love about Adventure Golf. It works like a great tutorial, and it certainly achieves it in terms of fun – it just takes longer than I would like. But while I was thinking of coming to this game for its story-driven adventure mode, it actually turned out to be just a bit of laid-back fun – and my real fun came from the core of Mario Golf with the Mario characters – and these brilliant fashions. The modes are also absolutely essential, because their dynamism makes it possible to compensate for a small number of routes and the shortcomings of the adventure mode.

These basic modes are, however, something special. It’s the kind of arcade sports experience that doesn’t really exist anymore. Most sports games are now sims – so I’m excited to have another game that carries the spirit of older, arcade, and dumb sports games. The flaws of the adventure mode don’t stop me from recommending Mario Golf: Super Rush – but don’t expect an all-time sports story mode.

Check the code provided by the publisher. Tested on normal Nintendo Switch (docked) and Switch Lite.

Share
Facebook
Twitter
Pinterest
WhatsApp
Previous article“I’m totally screwed.” WD My Book Live users wake up to find their data deleted
Next articleWhat Does it Take to Make a Customer Loyal to a Brand?