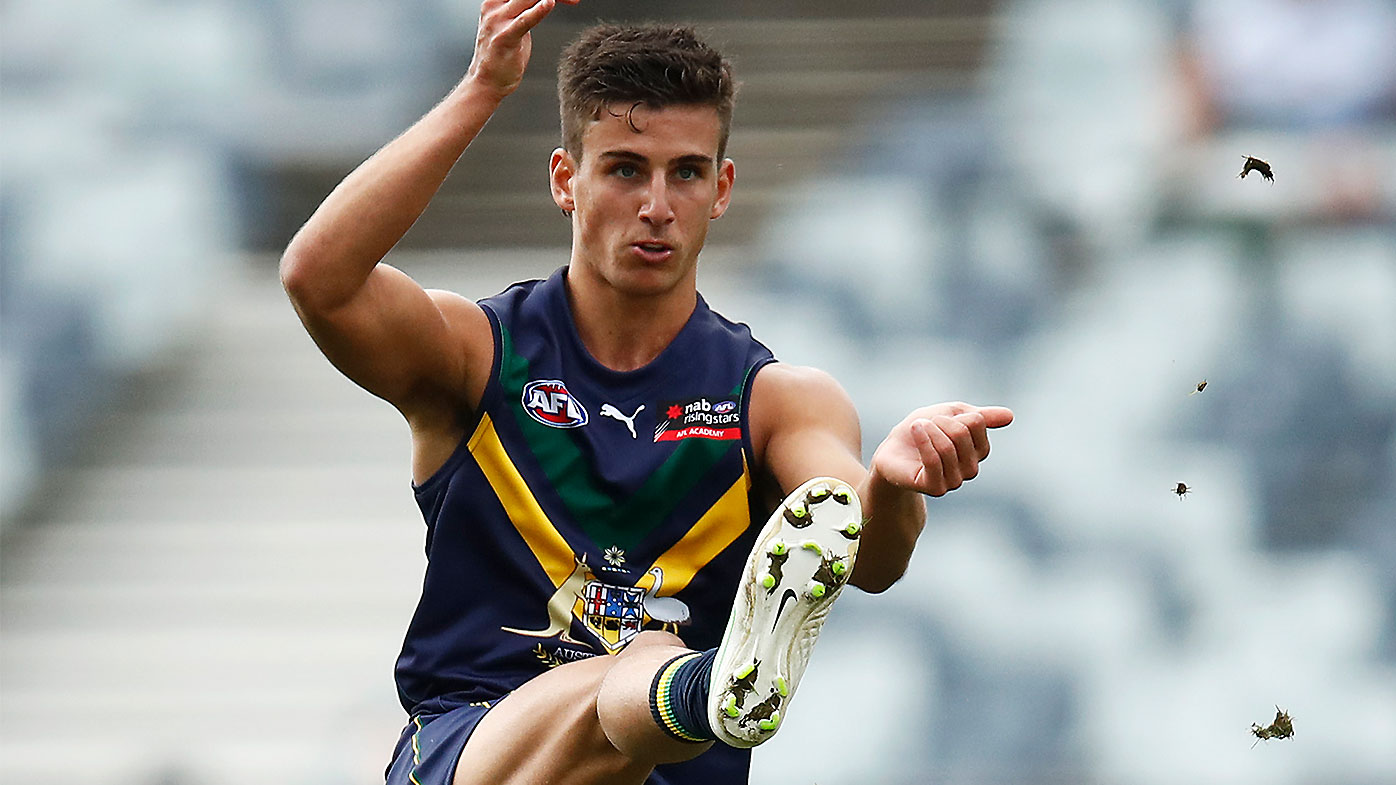 Collingwood-bound father-son prospect Nick Daicos says he is “disappointed” he wasn’t asked for an interview by the GWS Giants ahead of Wednesday’s AFL Draft.

Despite being touted as one of the top prospects in this year’s draft crop, Daicos won’t be bid on with the opening pick, with North Melbourne all but certain to select South Australia’s Jason Horne-Francis.

Daicos said he’d had a Zoom meeting with the Kangaroos but was left confused with the radio silence from the GWS Giants camp.

“I haven’t spoken to the Giants, which has been a bit upsetting,” he told 3AW’s Sportsday.

“A few people have raised eyebrows when I told them I hadn’t spoken to [GWS]. My view is that they won’t be bidding on me which is understandable, and I think they’ll be going straight to another player.

“I’ve worked really hard to hopefully be recognised as a top pick. I would’ve loved to be picked a little higher, I guess we’ll have to wait to see what happens, but now my attention turns to knowing that I’ll end up at Collingwood.

“I guess the lower I’m picked, the better for the club, so that’s where my head’s at at the moment.”

Ironically, the No.2 selection was originally owned by the Magpies and was traded to the Giants during the 2020 trade period.

Collingwood owns selections 36, 38, 40, 46, 48, and 58 in this year’s draft, with almost all the picks expected to be absorbed by a early bid on Daicos made by a team inside the top five.

According to AFL.com.au’s latest phantom draft, the Giants are expected to bid on another father-son prospect, Sam Darcy, who will join the Western Bulldogs where his father Luke played.

Daicos is currently slated to go fourth overall, with the Giants then expected to pick Sandringham Dragons midfielder Finn Callaghan, before the Suns bid on Daicos.

The 2021 AFL Draft will get underway at 7:10 pm AEDT on Wednesday, November 24 before wrapping up on the following evening.

For a daily dose of the best of the breaking news and exclusive content from Wide World of Sports, subscribe to our newsletter by clicking here!