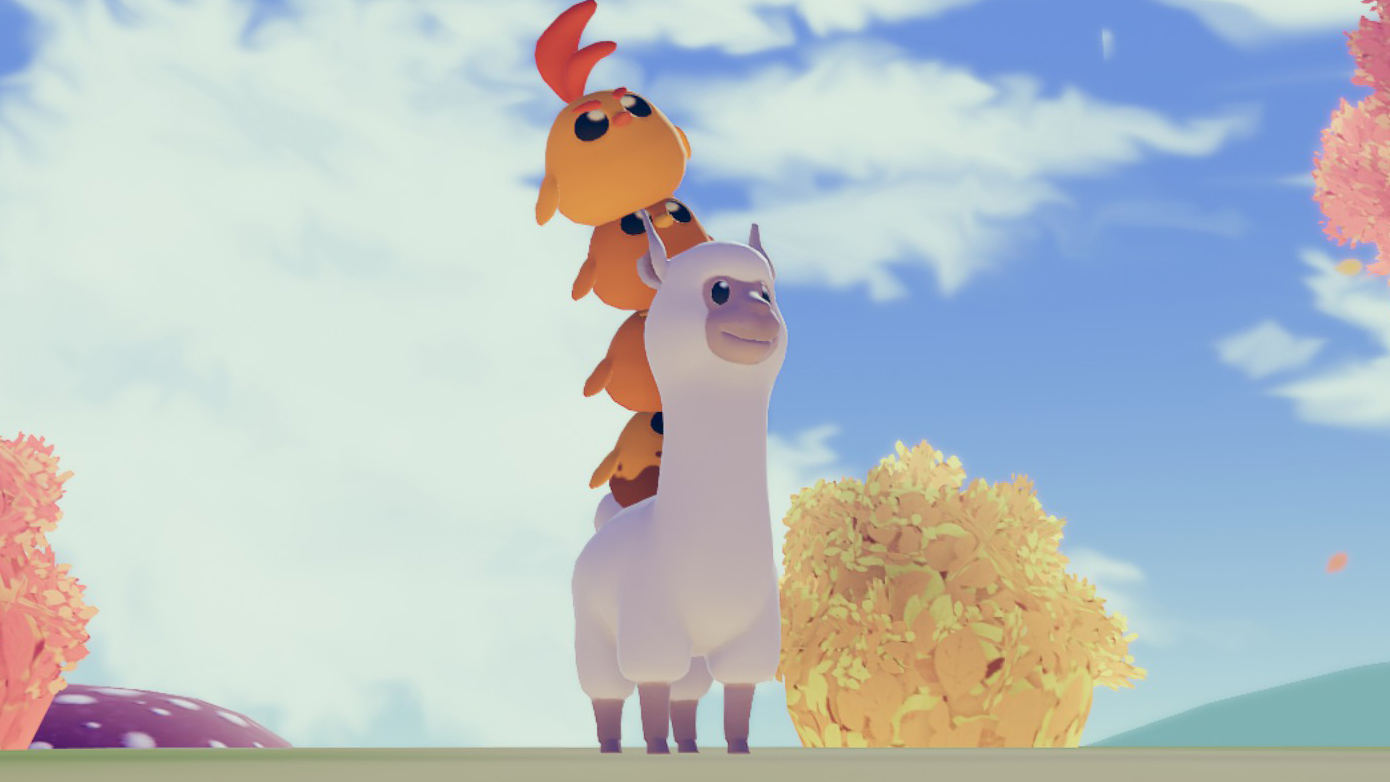 If you’re curious about which new games are getting a lot of playtime on Steam, you probably won’t be shocked to hear games like Final Fantasy, Tribes of Midgard, Chernoblyte, and The Great Ace Attorney Chronicles. did very well in july.

But you might be surprised to learn that in the free games department, one of Steam’s biggest hits in July was a platform game where you’re an alpaca picking up chickens on your back that you can play from. start to finish in less than five minutes.

It’s short ! But is it sweet? Honestly Yes. In Alpaca Stacka, you are the titular alpaca, who goes to a party organized by a hen. But a local squirrel, completely enraged at not being invited to the barnyard shindig, freed all of the hen’s chicks. Mama Hen, distraught and having done nothing herself to find her missing children, puts her alpaca friend Paz on the case, so you run around the island in search of the escaped chicks.

You are helped in your research by a list of clues as to where the chicks might be or what they might be doing, and also by the fact that the island is pretty darn small, and the chicks don’t really do much to hide. I mean, one is sitting in a mud puddle right next to the pen he escaped from. The clue was that he likes to play in the mud. The other clue was that he’s literally there, in plain sight.

So there isn’t much, really, but it’s cute and colorful and apparently a lot of people played it in July, which made me want to play it too, which I have did and it took me four minutes. But four minutes well spent, I think.

If you find and pick up all of the chicks, they’ll sit on your alpaca’s back in a big stack of swings, and a big stack of swinging chicks is a satisfying thing, even if only for a few minutes. You can also bring them home one at a time, but trust me, go for the back-stack.

Share
Facebook
Twitter
Pinterest
WhatsApp
Previous articleUS hacker, 21, details how he breached T-Mobile in WSJ interview | Business and Economy News
Next articleNeed to get root on a Windows box? Plug in a Razer gaming mouse