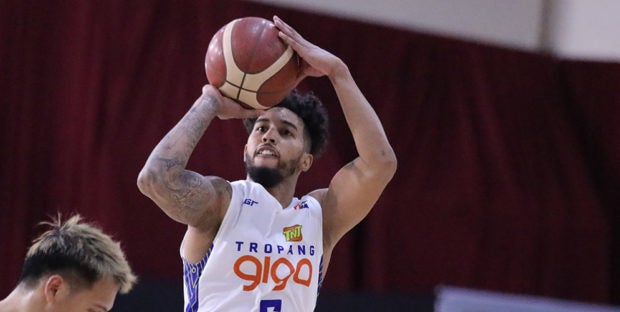 While foreign competition like Japan’s B. League can offer deals amounting to millions of pesos monthly to fifirst-year players, the PBA’s maximum monthly pay for a rookie like TNT Finals MVP Mikey Williams is only P150,000. —PBA IMAGES

So that it can have talent coming in regularly, keep level of play as high as it can and be able to address the looming exodus of its stars abroad, the PBA will now apply relaxed eligibility rules on foreign players with Filipino blood (Fil-foreign/Fil-foreigners) starting the next Rookie Draft.

Once these standouts get to the league, they could see a rise in their pay grade.

From needing Bureau of Immigration and Department of Justice documents in the past to qualify as a Filipino, Fil-foreign players will now only need a valid Philippine passport to prove their roots and be cleared to play as locals.

“We will basically look at Fil-foreigners less stringently now,” said Ricky Vargas, the league chair who represents TNT in the board. “As long as they have Filipino blood and they can get their passport, they are able to come and play for us. We will look at them with less rules to disqualify them.”

In the previous draft alone, the PBA missed the opportunity to sign up potential blue-chippers like Jason Brickman and Brandon Ganuelas-Rosser because they failed to complete their documents in time. Also failing to join the draft for lack of documents were Jeremiah Gray, Taylor Statham and Tyrus Hill.

And in adjusting to the times, Vargas on Tuesday also told the Inquirer that next up on this move is to improve the salary scheme of rookies, which, as of now, pales in comparison to the pacts being offered in Japan and other pro leagues in neighboring countries that have made it easier for PBA prospects to decide on leaving.

“We cannot compete with Japan [in terms of salaries being paid],” Vargas said over the phone. “But [in having the talent come over to the PBA], we can keep having the best pro league in the region.

“Now, if it happens that they succeed here and they want to go elsewhere, then we cannot do anything about that,” Vargas added. “But they (players and other leagues) must respect the contracts that they have with the PBA before they [play elsewhere].”

Incoming rookies, like Mikey Williams, who went on to win Finals Most Valuable Player for TNT in the last Philippine Cup, have a salary ceiling of P150,000 a month. The deal is only sweetened with won-game or championship bonuses for the teams to be able to pay their players more.

“Because we are opening up [on eligibility], that [increase in rookies’ salaries], is the next logical step,” Vargas said.

Vargas also guested in the PSA Forum earlier with commissioner Willie Marcial, who bared that he was scheduled to talk with the Inter-Agency Task Force for the Management of Emerging and Infectious Diseases (IATF) about having fans back in the stands when the Reinforced Conference opens later this month.

With the downgraded alert level 2 now in Metro Manila, restrictions have eased somewhat as gatherings in limited capacities are approved for fully vaccinated people. The PBA is hoping that it can open its gates to its fans once more.

“We will humbly ask the IATF to allow our fans back,” Marcial said in the weekly online session of the Forum. “We will just need to know the percentage of occupancy we can have for the fans during games, how the seating arrangements will be, etc.”

After two all-Filipino conferences held in the pandemic, the PBA will now play an import-spiced tournament tentatively set to start on Nov. 28 as the teams’ reinforcements are expected to come in and do quarantine as required by the IATF.

After SWAC title victory, Jackson State is ready for more

Tkachuk doing it all for Flames while keeping emotions in check