Samsung has its own AI-designed chip. Soon, others will too 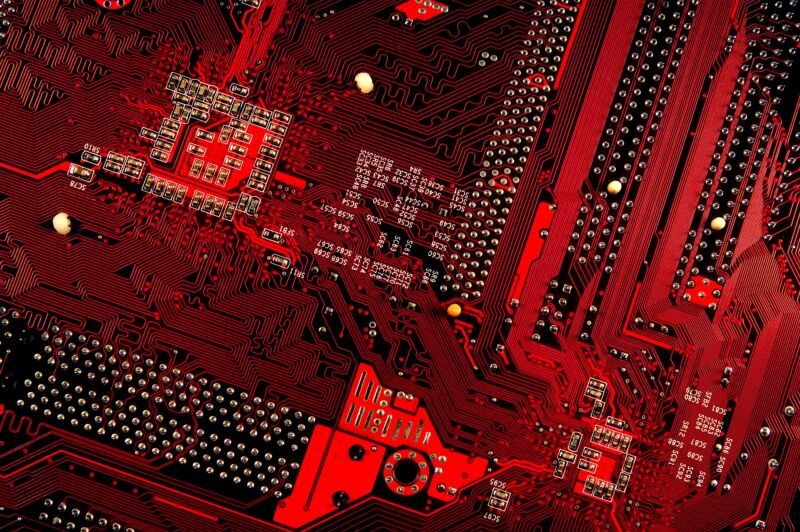 Samsung has its own AI-designed chip. Soon, others will too

The South Korean giant is one of the first chipmakers to use AI to create its chips. Samsung is using AI features in new software from Synopsys, a leading chip design software company used by many companies. “What you see here is the first of a true business processor design with AI,” says Aart de Geus, President and Co-CEO of Synopsys.

Others, including Google and Nvidia, have talked about designing chips with AI. But Synopsys’ tool, called DSO.ai, may prove to be the most comprehensive because Synopsys works with dozens of companies. The tool has the potential to accelerate semiconductor development and unlock new chip designs, according to industry watchers.

Synopsys has another valuable asset in manufacturing AI-designed chips: years of advanced semiconductor design that can be used to train an AI algorithm.

A Samsung spokesperson confirms that the company uses Synopsys AI software to design its Exynos chips, which are used in smartphones, including its own branded handsets, as well as other gadgets. Samsung unveiled its latest smartphone, a foldable device called the Galaxy Z Fold3, earlier this week. The company has not confirmed whether the AI-designed chips have yet entered production, or in what products they might appear.

Across the industry, AI seems to be changing the way chips are made.

A research paper from Google released in June describes the use of AI to organize the components on the Tensor chips that it uses to train and run AI programs in its data centers. Google’s next smartphone, the Pixel 6, will feature a custom chip made by Samsung. A Google spokesperson declined to say whether AI helped design the smartphone’s chip.

Chipmakers including Nvidia and IBM are also getting into the design of AI-based chips. Other chip design software makers, including Cadence, a competitor to Synopsys, are also developing AI tools to help draw blueprints for a new chip.

Mike Demler, a senior analyst at the Linley Group that tracks chip design software, says artificial intelligence is well suited for organizing billions of transistors on a chip. “It lends itself to these problems which have become extremely complex,” he says. “It will just become a standard part of the calculation toolbox. ”

Using AI tends to be expensive, Demler explains, because it requires a lot of cloud computing power to train a powerful algorithm. But he expects it to become more accessible as the computational cost drops and models become more efficient. He adds that many of the tasks involved in chip design cannot be automated, so expert designers are always needed.

Modern microprocessors are incredibly complex and have multiple components that must be combined efficiently. Sketching out a new chip design normally requires weeks of painstaking effort as well as decades of experience. The best chip designers use an instinctive understanding of how different decisions will affect each step of the design process. This understanding cannot be easily written into computer code, but some of the same skills can be captured using machine learning.

The AI ​​approach used by Synopsys, along with Google, Nvidia, and IBM, uses a machine learning technique called reinforcement learning to craft the design of a chip. Reinforcement learning involves training an algorithm to perform a task through reward or punishment, and it has proven to be an effective way to capture subtle human judgment that is difficult to codify.

The method can automatically define the basics of a design, including the placement of components and how to connect them together, trying out different designs in simulation and learning which ones produce the best results. This can speed up the process of designing a chip and allow an engineer to experiment with new designs more efficiently. In a June blog post, Synopsys said that a North American integrated circuit maker improved chip performance by 15% using the software.

More famous still, reinforcement learning was used by DeepMind, a subsidiary of Google, in 2016 to develop AlphaGo, a program capable of mastering the board game Go enough to defeat a world-class Go player.

De Geus says his company realized that reinforcement learning can also be useful in chip design. “A little over a year and a half ago, for the first time, we were able to achieve the same results that a team of experts would achieve in several months in a few weeks,” explains de Geus. He will present details of the technology and its development at HotChips, a semiconductor technology conference, on August 23.

Stelios Diamantidis, Senior Director of Artificial Intelligence Solutions at Synopsys, explains that DSO.ai software can be configured to prioritize different goals, such as performance or energy efficiency.

Semiconductors, and the tools used to make them, have become increasingly popular assets. The US government has sought to restrict the supply of chip-making technology to China, a key rival, and some politicians have called for the software to be added to the export control list.

The emerging era of AI-designed chips also raises the prospect of simultaneously using AI to customize software to run more efficiently on a chip. This can include neural network algorithms that run on specialized AI chips and are commonly used in modern AI.