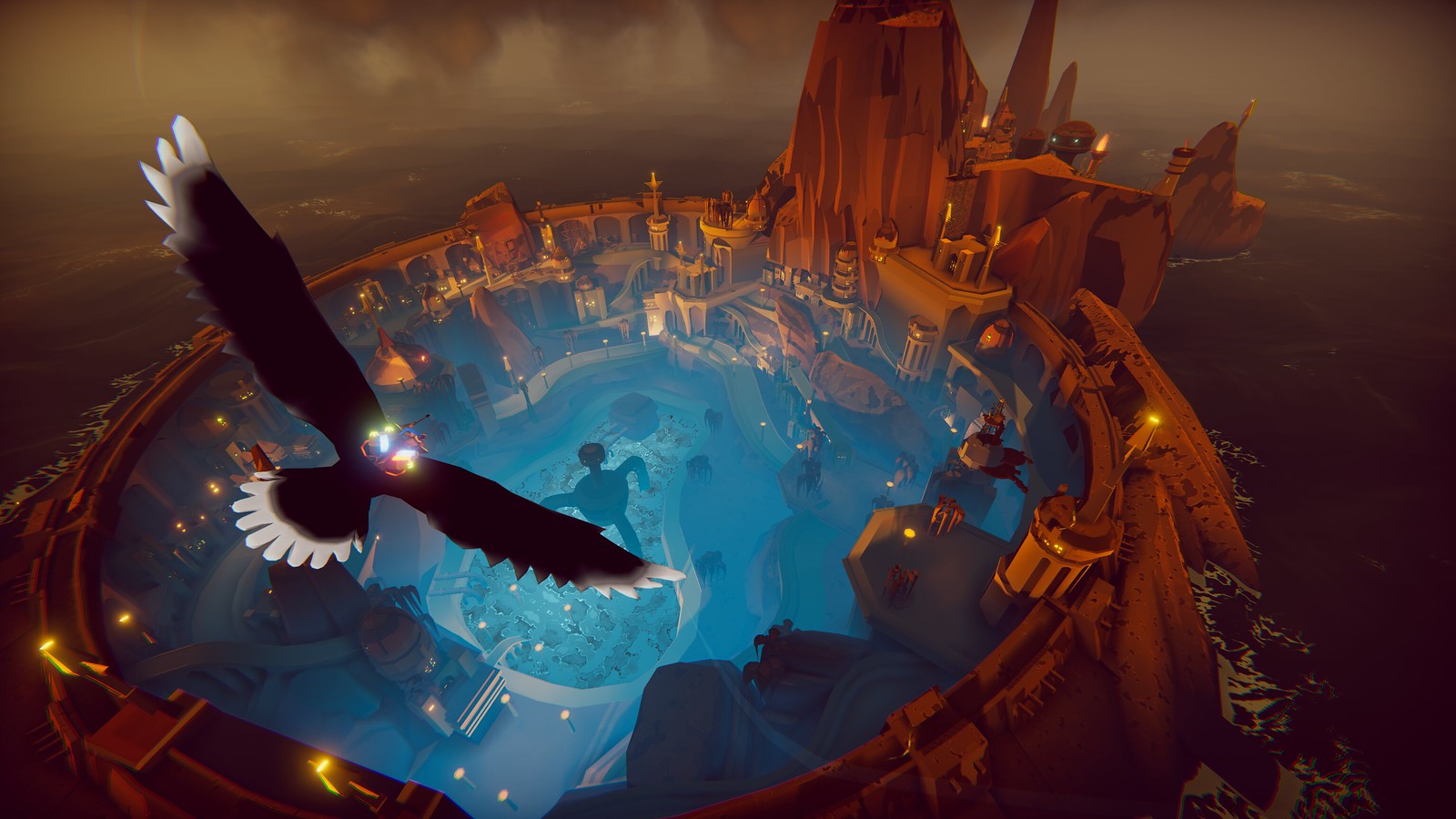 Hi everyone, I’m Benedict Nichols, the songwriter and sound designer for the third-person aerial combat game The Falconeer, which hits PlayStation 5 and PlayStation 4 on August 5th. I worked with the game’s solo developer, Tomas Sala, for almost two years, helped bring his vision for the game to life. It has been an incredible privilege to work on such a unique game, and it is a pleasure. to share a little insight into how I used music to bring the world of The Falconeer to life here with you today.

Tomas knew he wanted the deep Mongolian song to be the sound of Ursee (the ocean world of The Falconeer), and so, as the waters are brutally reminiscent of death below, they are the bed for almost all the music and atmospheres. After receiving the liberating directive to “be bold and unique”, my creativity was unleashed!

I felt that the music had to do more than just accompany the player’s journey, so I embarked on the ambitious task of creating an entire sound world that not only represents the game and its various factions in “today”, but also immersed the player with a sense of history, beliefs, musical development, and the emotional journey that the people of Ursee went through.

Each location in The Falconeer has its own unique musical suite, written with guidelines for each faction, which varies depending on your relationship with those people (friendly, neutral, or hostile). More thought was given to the physical position of the locations. For example, Mawbridge, being right in the center of the map, draws influences from various faction locations around her as it is a pinch point for traveling sailors, who would bring their cultural heritage with them. This pseudo-anthropological approach translates into a much more immersive experience for the player, as if he flies from one side of the map to the other, he will experience changes in the music and ambiance that relays information about whatever lies below it becomes essential for establishing a ‘believable’ and captivating world that is much more than just a stunning visual backdrop for good old classic dogfighting!

Below are the guidelines I have established for the different factions. These were integral to establishing the believable and immersive gaming world the player lives in. I tried to find unusual ways to use and combine instruments that would be unique in the world while still resonating with the player:

Struggling for survival among warring factions, their independence is characterized by solo string and wind instruments. Their melodies are somewhat remorseful for their history, but in places like Saladmount there is still a bit of grain in them. Meanwhile, places like Sacred Steps feature “religious” chants, as the monks perform their rituals inside, which informs the player of the type of people they are approaching.

Strong and imposing, the rhythm of their machinery runs in the blood of its workers. It feels like they make their mark wherever they go with heavy percussion (often emphasizing beats 1, 2 and 3) and metallic hits, while brass combinations (including a playing non-idiomatic flugal horn), bagpipes, cymbalum, bazaantar and synths boldly proclaim their presence. 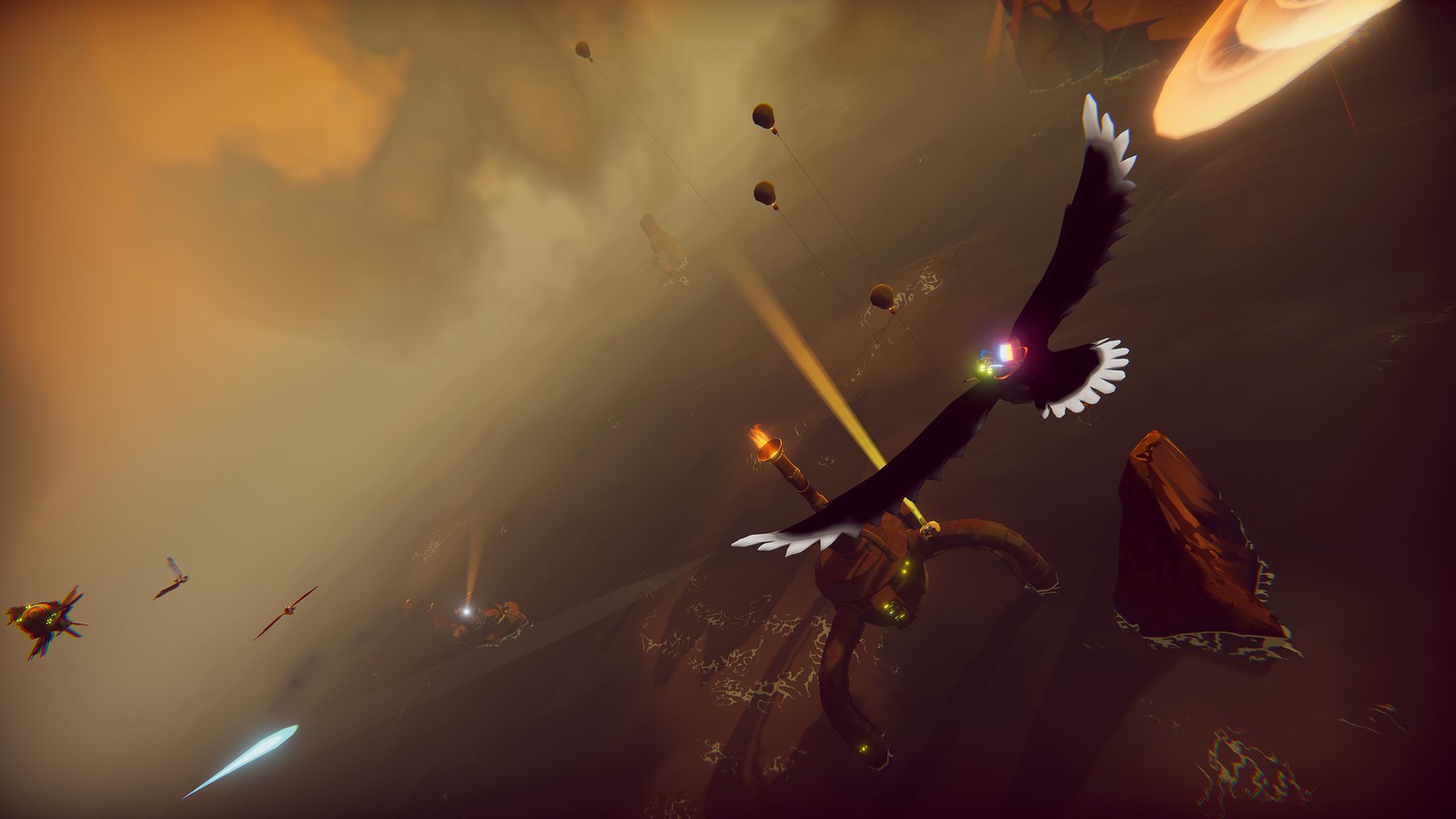 Listen to the track “Cleftspire” here – Cleftspire is the homeland of great shipbuilders, their strong melodies call their challenge over loud drums and growling vocals.

A technological cult that guards the mysteries of history, their music is made up of an eclectic collection of instruments. I was looking for a sound that could define their religious zeal and depth of purpose like a deep church bell, but not metallic (as the bells represent a feeling of freedom in the game) and opted for for a heavily detuned sitar, as if they were hanged and struck in Stargazer towers.

With this faction, I represented the fusion of technology with nature, resulting in combinations of performed didgeridoo, more intense Mongolian chants (as they reside below the surface), and characteristic synths and orchestral forces.

Guitars, cymbalums, massive drums, powerful strings, deep throat vocals (by myself) and a bit of non-idiomatic saz (also by me!) Characterize these pesky hordes. The changing compound time signatures reflect their rolling on the waves. 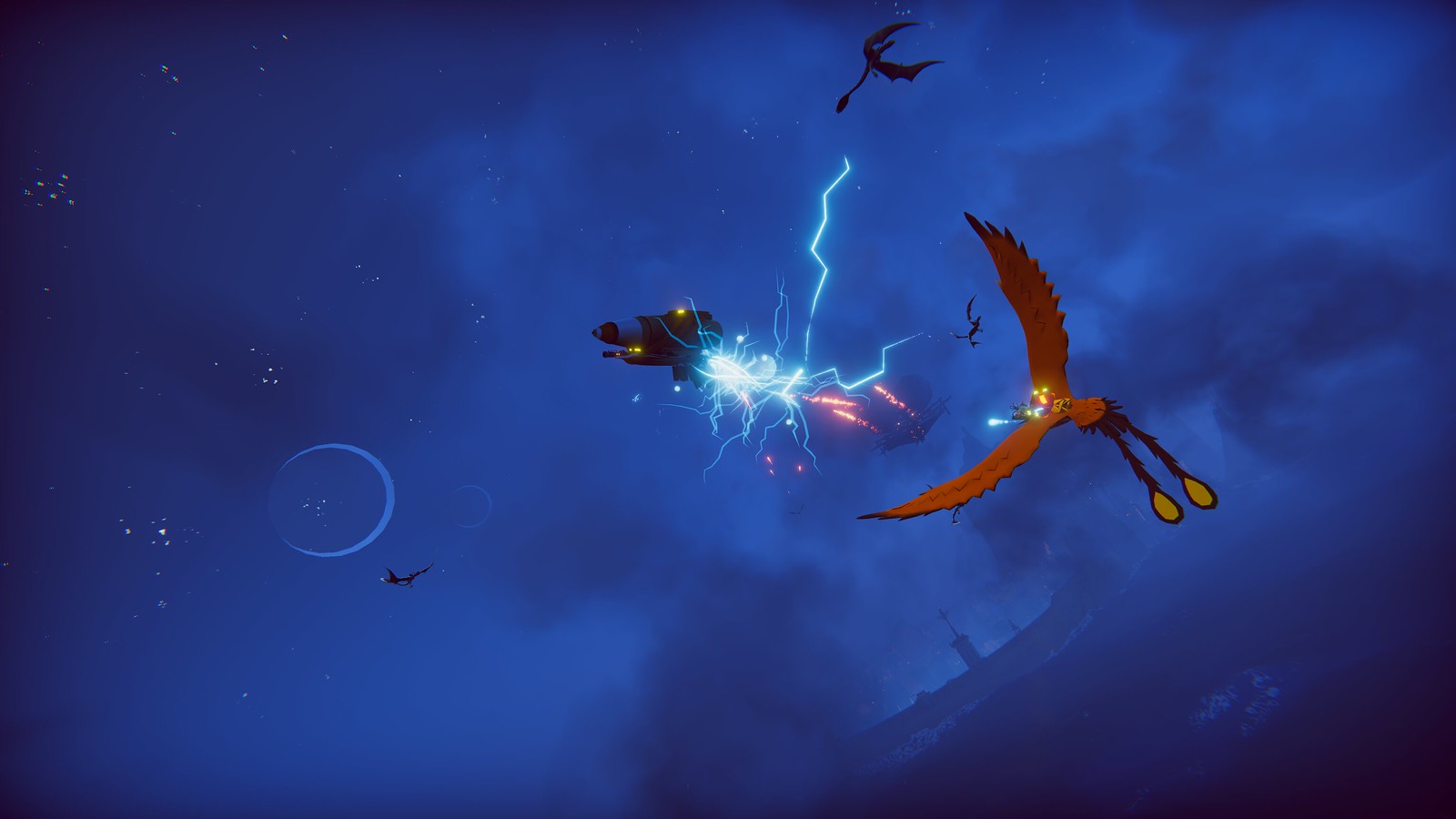 When writing the music for the venue, a balance was needed to make it somewhat semi-diegetic. I had to be careful that there isn’t too much detail in the music, but with each faction’s combat music everything changes. Its job is to tear the player away from the serene beauty of sliding in a breathtaking world and immerse them in an instant visceral battle. It pushes the player forward while being informative, full of little musical details to reduce boredom.

Listen to the track “Pesky Marauders” here – It establishes the Pirates’ sound signature in the world at the start of the game as they launch a surprise attack.

Hope this has given you some insight into my approach and why music is so important in creating the sense of a living world in The Falconeer. Having a “mundane” reason for every musical choice and nuance gives the music more authenticity, and hopefully this has resulted in a much deeper immersive experience for gamers.