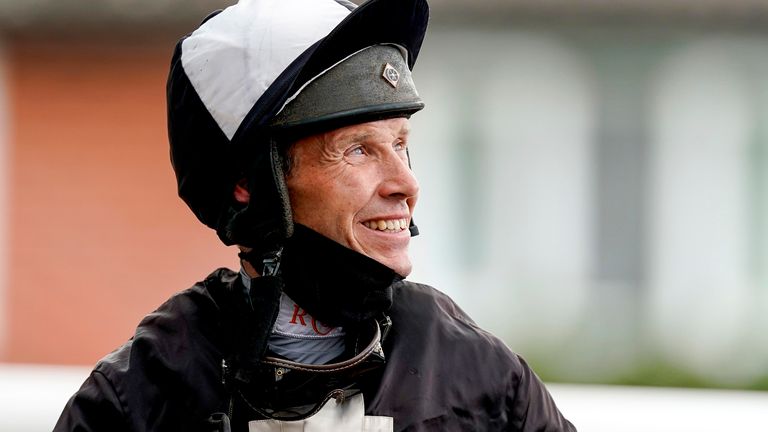 Former jumping jockey Barry Geraghty said it was impossible to refuse a return to the saddle for Wednesday’s Leger Legends race in Doncaster.

Geraghty, former Irish champion and second most successful runner at the Cheltenham Festival, retired in July last year at the age of 40.

He will be aboard the Mumtaaz formed by Charlie Hills on Town Moor as part of the Léger Mondialiste Legends Classified Stakes, a charity event that raises funds for the Injured Jockeys Fund.

“I got a phone call asking if I would step in and obviously there was only one response,” Geraghty said. Sky Sports Racing.

“I’m really looking forward to it and have been for a while. It’s a great race with a great story.”

Geraghty will be joined by 12 other riders, including former champion jockey Richard Johnson, and expects a competitive adventure.

“I’m sure there will be no thumbs given and no thumbs expected,” he said. “It can’t be any other way.

“I did a little bit of cycling to get my legs back in shape for that, to give a boost. It will be interesting to see when the push comes in and pushes how much I have.”

Johnson, who retired in April, said Sky Sports Racing: “It will be the fastest I’ve been in five months.

“It’s fantastic to be involved and especially to be able to do something for the Injured Jockeys Fund because it is an amazing charity and anything we can do to help is no problem.

“I hope we all have fun, but of course I would love to win.”

Watch the last British Classic of the season, the Doncaster St Leger, live on Sky Sports Racing on Saturday 11th September at 3.35pm

When asked if he was enjoying his retirement, Geraghty said: “More than I thought. I didn’t feel like retiring but I knew it was the right time.

“Covid probably made it easier because I wasn’t as tortured looking the other way when the atmosphere was different at race meetings. Even Cheltenham just didn’t appeal as much.

“I enjoy the pace of life and can do normal things.

“I pre-trained a few smart kids at home, so I’m busy with them, and I rolled around to work a bit with Denise Foster and Gordon Elliott.” 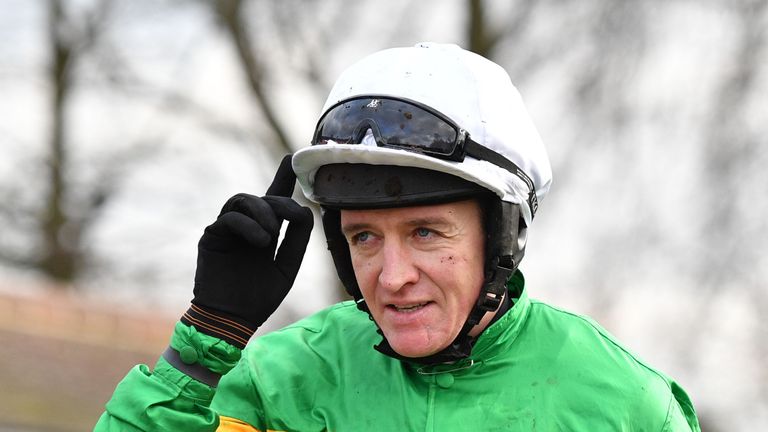 Geraghty, multiple winner of the Cheltenham Festival, advised young riders to trust their instincts and ride with confidence

Geraghty has ridden over 650 career winners, including 43 successes at the Cheltenham Festival and twice winning the Cheltenham Gold Cup jockey, as well as Monty’s Pass to victory at the 2003 Grand National.

He says the key to a young jockey’s success is having the support and trust of coaches and owners.

“When you ride and you’ve been beaten, but whatever decisions you’ve made for the right reasons, you’re not going to question yourself,” Geraghty said.

“You’re more likely to make the right decision instinctively if you don’t have that pressure on you. It’s so important, especially for a young rider to develop and gain confidence.

“If you ride for someone who trusts you you can be carefree and take risks. That’s what shaped my career.

“It comes down to self-confidence. Looking at players like Messi and Ronaldo they don’t doubt themselves, they go for it.

“You obviously need talent, but you also need the right people behind you.”

You think you know pain? We are Wallabies supporters, doomed to live in hell forever