Tim Tszyu to fight for WBO world title in 2022: report 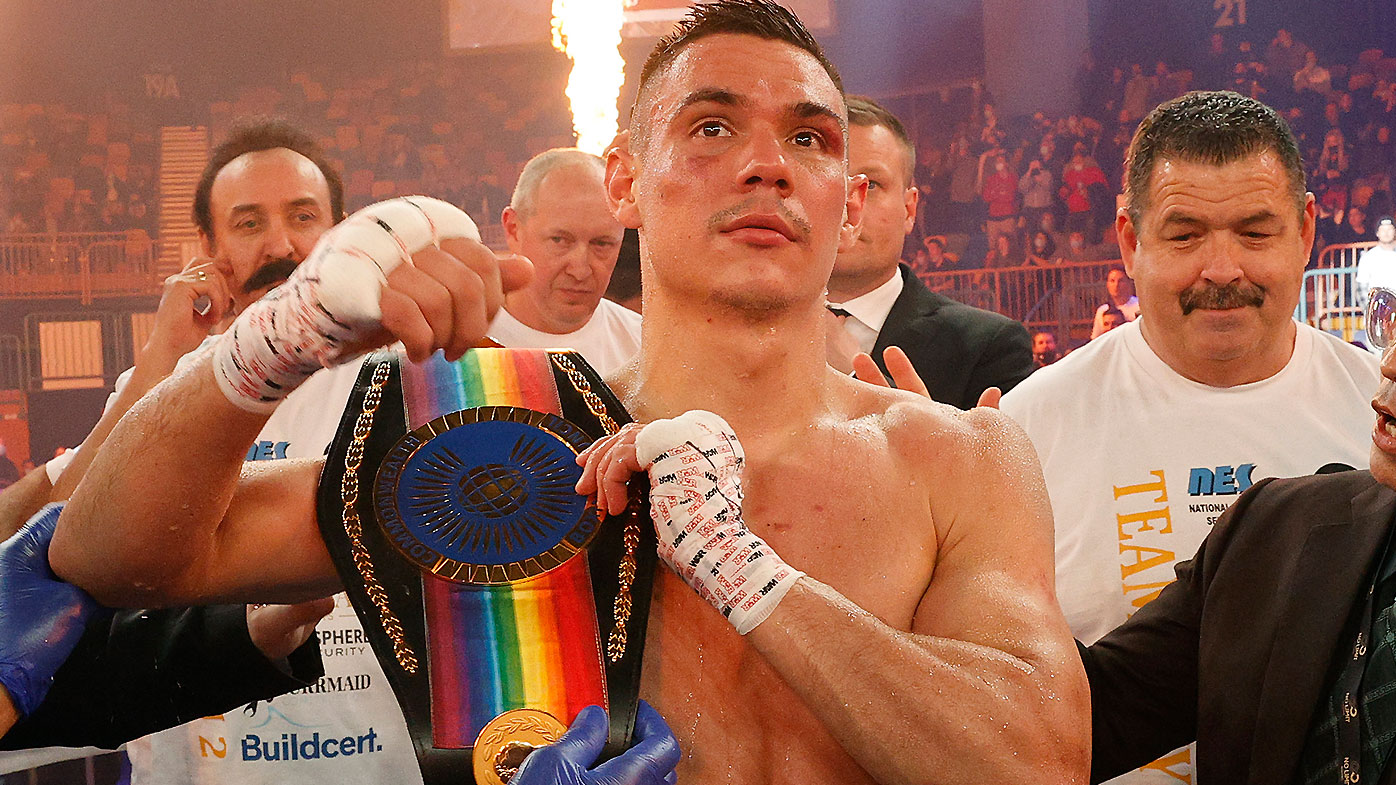 Tim Tszyu to fight for WBO world title in 2022: report

Tim Tszyu has been commissioned to fight for the WBO super-welterweight world title, currently held by Argentinian Brian Castaño.

The WBO emailed the Tszyu promoters to No Limit this morning, finalizing weeks of discussions on whether the Aussie would be elevated to mandatory status, according to Fox Sports.

The report says there is no timeline for the fight, with Tszyu set to fight again in November before fighting for the title in 2022. A unifying rematch between Castaño and Jermell Charlo is still possible, this which means Tszyu could face either fighter.

The rematch between Charlo and Castano also hinges on Charlo being forced to fight his compulsory IBF Bakhram Murtazaliev.

“It’s huge! There has been a lot of hard work and it comes down to the fact that I’ve been so active – constantly fighting against former challengers and champions, and the WBO has recognized that,” said Tszyu.

“I have fought in big fights here at my home in Australia and the world has been watching. Now we are in a very exciting time.”

Tszyu has declared his willingness to fight for the title in the United States, but the strong preference remains to bring the world title fight to Australia.

The star’s promoters are still planning a November fight for Tszyu, with former US world champion Tony Harrison as their preferred opponent.