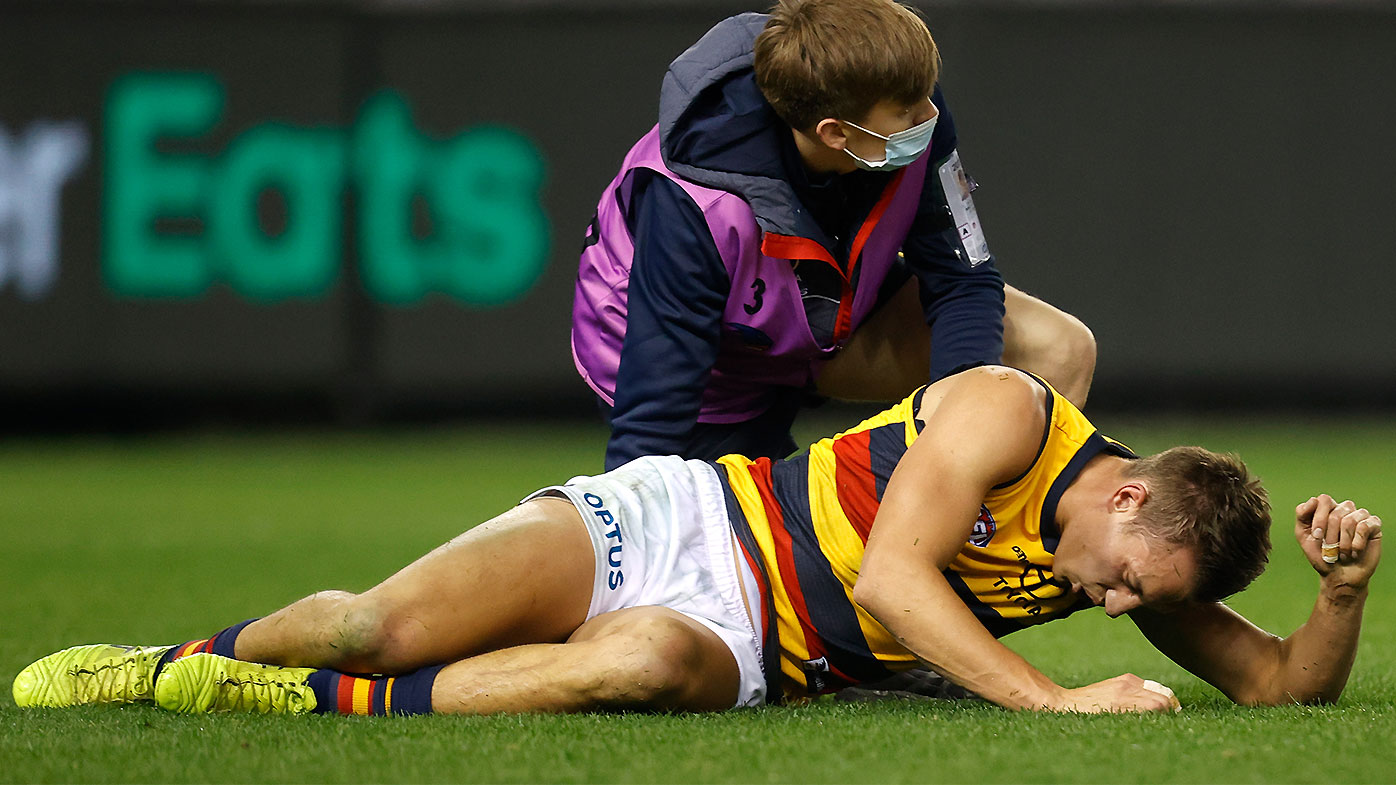 Adelaide coach Matthew Nicks admitted he was “praying” that Tom Doedee would withdraw from the brutal scoring contest that left him with blurred vision and a concussion.

The incident happened in the first quarter of Adelaide’s Friday night clash against Essendon when Doedee came back with the flight of the ball and was cleaned up by a rushing Anthony McDonald-Tipungwuti.

Both players lay on the ground for several minutes after the game, before Doedee was finally helped off by Crows’ medics. McDonald-Tipungwuti managed to miss the rest of the game.

After being assessed for a concussion, Doedee was eventually substituted in the second quarter, with medical replacement Ben Davis replacing him.

While Doedee was rightly praised for his courage in the scoring contest, Nicks and several others questioned whether it was wise for him to attack the ball the way he did, given that he was in such a vulnerable position.

“I think that’s something we need to keep working on because I’m not sure the ball is still there to pick up,” Nicks said after the Crows’ 63-point loss to Essendon.

“Tom is so brave, he’s a tough guy. To tell him to stop doing this, we’re taking away what has been his weapon so far in his short career. He loves competition and embraces the physique. wants to put his body on the line for his team.

“It’s just a matter of when and where. I’m going to have to look back, but at the time I was praying that he would step down.”

The 24-year-old has been heavily praised for putting his body on the line, with Collingwood star Taylor Adams even taking note, calling Doedee’s act “incredibly brave.”

“This is the bravest act I have seen this year,” said the great Hawthorn Jordan Lewis who was a commentator for AFL Nation.

“He knew exactly what was coming. Neither he nor McDonald-Tipungwuti took their eyes off the ball.”

Doedee will miss Adelaide’s 18th round clash against the West Coast as he enters the AFL’s 12-day concussion protocol after the hit.