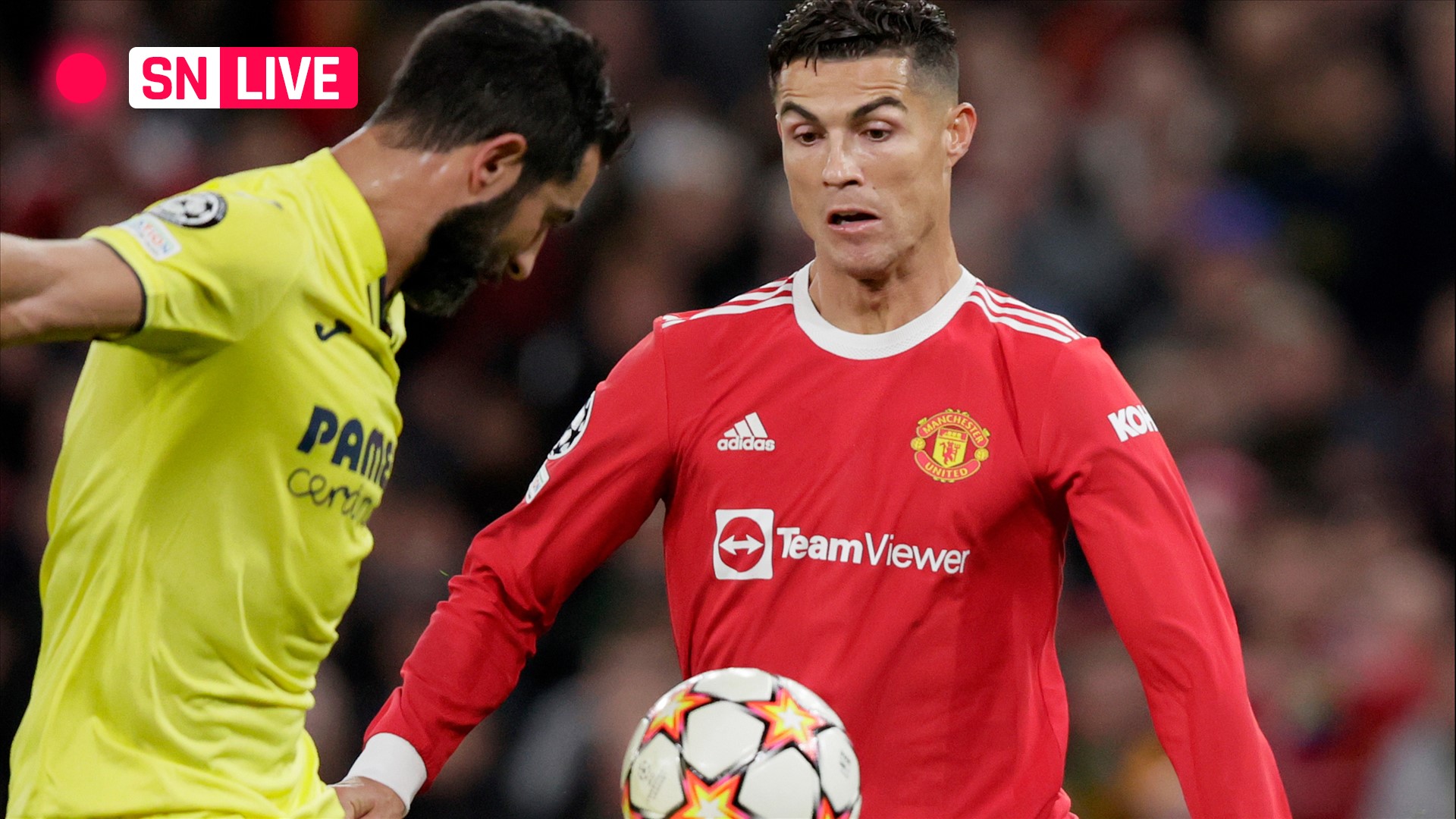 Call it the new manager bump? Manchester United responded to a coaching change made two days before with a 2-0 Champions League road win that clinched a berth into the Round of 16 as the first-place team. Not a bad first game on the job for caretaker coach Michael Carrick, who got two late goals from Cristiano Ronaldo and Jadon Sancho to seal a first victory at the helm.

The match seemed destined for a 0-0 draw when a late Villarreal mistake proved costly. The home team tried to play the ball out of the back with 12 minutes remaining, but Man United’s pressure forced a turnover which saw the ball bounce to Ronaldo, and he didn’t waste time in lobbing Villarreal ‘keeper Gero Rulli, who was off his line.

The second goal in the 90th minute came on a patented Man United counterattack. The quick transition found Sancho on the right side of the box and he blasted a shot past Rulli for his first goal since his big-money move from Borussia Dortmund in the summer.

MORE: Latest updates in search for next Man United manager

After a 4-1 loss to Watford in the Premier League, Ole Gunnar Solskjaer was replaced by his assistant, Carrick, as United next seek an interim manager to guide them through the end of the season. Carrick’s first big decision involved benching both Bruno Fernandes and Marcus Rashford, who both came into the match in the second half and made an impact.

So far so good for Carrick and the Red Devils, who clinched a spot in the lucrative Champions League knockouts with one game to spare. The result in the other group match also clinched a first-place finish for United, which matters for seeding. Villarreal will be facing Atalanta in its final match with a spot in the Round of 16 on the line.

90th min.: Sancho’s first goal for Man United! The Red Devils launch a counterattack and the ball finds Sancho on the right and he buries his first Man United goal.

78th min.: Ronaldo scores! Poor play out of the back by Villarreal. The ‘keeper makes the casual pass to teammate Etienne Capoue, but Fred strips him. The ball falls to Ronaldo who lobs Rulli for the goal.

73rd min.: SUBS – Two for Villarreal. Samuel Chukwueze in for Yeremy Pino and Alberto Moreno on for Manu Trigueros in midfield.

71st min.: What a play by Sancho! Fernandes feeds him on a run into the box, but Villarreal goalkeeper Rulli makes the rare save. It’s arguably been Sancho’s best performance in a Man United shirt.

64th min.: Villarreal have constructed the most dangerous attacks and Danjuma gets another shot that’s off target. Man United prepping subs.

59th min.: De Gea saves Man United again! This time it’s Manu Trigueros who rips one on goal and De Gea somehow gets a hand to it for a corner kick that United does well to defend.

54th min.: Neither team is looking to do much damage. It’s almost as if they’re both content to settle for a draw. After some positive play from Jadon Sancho down the right, Fred gets a shot off which goes right to the Villarreal ‘keeper.

46th min.: The second half is underway. No changes.

Halftime: It’s been a relatively uneventful first half with neither team taking many risks. Villarreal has not been able to expose the Man United back line on more than just one or two occasions. Yeremy Pino had the best chance for the home team (side netting) and a tame Cristiano Ronaldo header on goal was the only opportunity created by the Red Devils. The one positive for Man United under its new caretaker manager? Things haven’t been chaotic. It’s been a fairly controlled performance.

41st min.: Now it’s the same situation on the end of the field. This time it’s Donny van de Beek who gets a yellow for a foul just outside the Man United box. And Dani Parejo sends the shot high of De Gea’s goal.

34th min.: Ronaldo’s shot on the set piece goes straight into the Villarreal wall. Wasted opportunity from a good position.

He hasn’t scored one since September 2016. #UCL

30th min.: After a Man United corner kick was cleared, left back Alex Telles whips in a cross which Cristiano Ronaldo heads right at the Villarreal ‘keeper. Man United looks to be most dangerous on set pieces so far.

27th min.: What a save by David De Gea! Manu Trigueros from the right corner of the box fires on goal aiming for the far post, but De Gea is on his game and makes another save.

22nd min.: Cristiano Ronaldo gets heated after he gets pushed from behind near the Villarreal box. But no call forthcoming from the referee.

11th min.: Shout for a hand ball in the United box by Aaron Wan-Bissaka, but the arm was tucked in. No call. Good decision by the refs.

10th min.: Villarreal’s Yeremy Pino takes a shot toward goal that hits the side netting. He wanted that chance back.

5th min.: And Villarreal responds with a left-footed Moi Gomez shot that David De Gea has to dive low to parry away. Villarreal controlling possession early on.

3rd min.: Chance for Man United. On an Alex Telles set piece into the box, the ball deflects to the back post, where Scott McTominay heads it against the side netting. Measured start to this one by both teams.

1st min.: After Man United players take a knee (Villarreal players did not), the match kicks off.

12:49 p.m.: There’s been a delay to start the match as the head referee works out communication issues with his head set. He needs to head into the locker room. This will take some time.

12:37 p.m.: Villarreal want to make some history in this game tonight:

11:45 a.m.: The Yellow Submarine is in good position to advance. Of the 81 possible permutations, 69 percent of them have them going through to the knockouts:

How to watch Villarreal vs. Manchester United

The match from the Estadio de la Ceramica will be broadcast live on TV on UniMas and TUDN. Both channels are available to be streamed on fuboTV , which is available to new users on a free 7-day trial.

The match will also be available in English for Paramount+ subscribers.

In Canada, the Champions League is available exclusively,  live and on-demand, on DAZN . And DAZN offers new customers a 30-day free trial period.