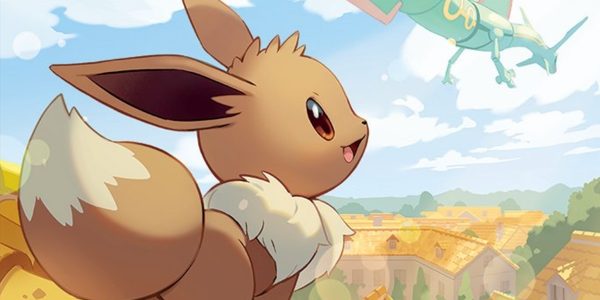 Luckily, the work week is over and it’s time to throw in a few, relax, and grab a video game controller. Or smile. Or smartphone.

Some of us are a little busy doing other things this weekend, so playing games won’t be a big part of the equation, but there will be a bit of time to play in a game or of them.

This weekend we’ll be walking around a near-future Prague, catching ball creatures and forcing them into battle, harvesting a few souls, and giving a game-making game a second chance.

My weekend will be mostly spent on real-life stuff – we have house renovations going on right now and live in a brutally glorified construction site – but I plan to find time for a bit of play here and there.

First of all, I experimented a bit with Sniper Elite VR on my Oculus Quest 2, and it combines with a few other cool VR experiences to help rekindle my interest in VR a bit. Plus, it’s not really new, but back to the Quest 2 – it’s really a really nice piece of gear. Probably the best VR headset when it comes to balancing value and functionality, right? Too bad about the links to an evil society and all that.

Speaking of bad deeds, I will also force cute animals to fight against each other in Pokémon United. And to follow the thread of evil here, I can’t believe how devious the monetization is in this game … but the point is, the game itself is absolutely lovely, and so I have a hard time realizing it. hate too much. I never really thought that a Pokemon MOBA would work – and yet here we are, and it’s delightfully addicting and surprisingly well-balanced in mechanical terms, respectful of both the genre and the broader concepts of Pokemon.

As is often the case, I also work on some secret stuff, I play games that I can’t talk about yet. But stay tuned to the site for more on these.

This weekend i will play The door of death. I’ve only played there for an hour or two so far and can already say it will be a good game.

It’s a game that reminds me of why I love to play. None of the fancy photo-realistic graphics or convoluted game mechanics, it’s just a crow with a sword trying to harvest souls and that’s all I need right now.

I think Devolver Digital shot themselves in the foot by not releasing Death’s Door on Nintendo Switch either, but my Switch is being used this weekend with the new MOBA game. Pokémon United. I’ve never been a huge Pokemon fan, but I’ve been playing MOBAs for years, so I thought I would give it a try. And it’s a lot of fun, to be honest. I don’t see myself playing it forever, but it’s still a pretty solid game and my Cinderace is a force to be reckoned with, so be careful.

You’re never supposed to go back to the games you loved in the past, but this weekend I’m reinstalling Deus Ex: Mankind Divided.

The troubled, but ultimately underrated, immersive simulation fell apart so hard it killed the series – what you have to think is doubly a shame that cyberpunk is in vogue again.

Sneaking through the rain-wet streets of Prague’s near future was a ton of fun in 2016, and I’m interested to see how the mid-era PS4 graphics translate to the PC version. Plus, apparently there’s a bunch of DLC that I didn’t know existed, and which I also apparently scooped up for pennies when I grabbed the game in a (not so) recent sale. .

If you need me, I’ll be sitting in a dark room wearing a trench coat and sunglasses to really complete the experience.

Like last weekend, I plan to play mostly Pokémon Go. Pokemon Go Fest is over, but thanks to the fact that all players have completed Global Challenges, the first set of Ultra Unlock bonuses is live. Until August 3, Dialga will appear in five-star raids, and Pokémon from different eras will appear more often. Then you have a new batch of Pokémon appearing in Three-Star and One-Star Raids, which I’m grateful for as you can only fight a certain number of Espurr and Wobbuffet before you get bored of them a bit.

The next Ultra Unlock bonus will feature Palkia appearing in Five Star Raids and Alakazam, Kangaskhan, and Heracross appearing in Three Star Raids. I really want an Alakazam for the sole purpose of adding it to my Pokedex, as I don’t have enough candy right now to evolve it from Kadabra. Meanwhile, the red and blue striped rocker will appear as well and I have neither.

A third Ultra Unlock bonus is coming as well, but Niantic is keeping quiet about that for now. Oh, and then there’s the upcoming August Community Day with Eevee, and I’m pretty excited about it.

I bought Dreams in Early Access what seems like years and years ago, but I haven’t started it for a long time. The allure of the new MegaPenguin collaborative project drew me in again, and I really like what’s there so far.

Hopefully the new community additions come at a steady pace so the whole doesn’t lose its momentum, and fingers crossed that there is an element of trying to outdo yourself that will result in some brilliant slices of Game.

I also took a look at the Mercedes x Dreams project, which is a weird little thing. It looks a bit like the beginning of the Xbox-Arcade game in the 360 ​​era, but I played it until the end and I don’t regret giving it a boost.

So that’s what we’re doing this weekend. What are your plans? Are you trying something new, still trying to finish your current game, or planning to revisit an old favorite?